Kangana recently caused a massive uproar after she targeted Aamir Khan over Samantha-Chaitanya's divorce. She said that the break-up happened shortly after Chaitanya came in contact with Bollywood's 'divorce expert'. 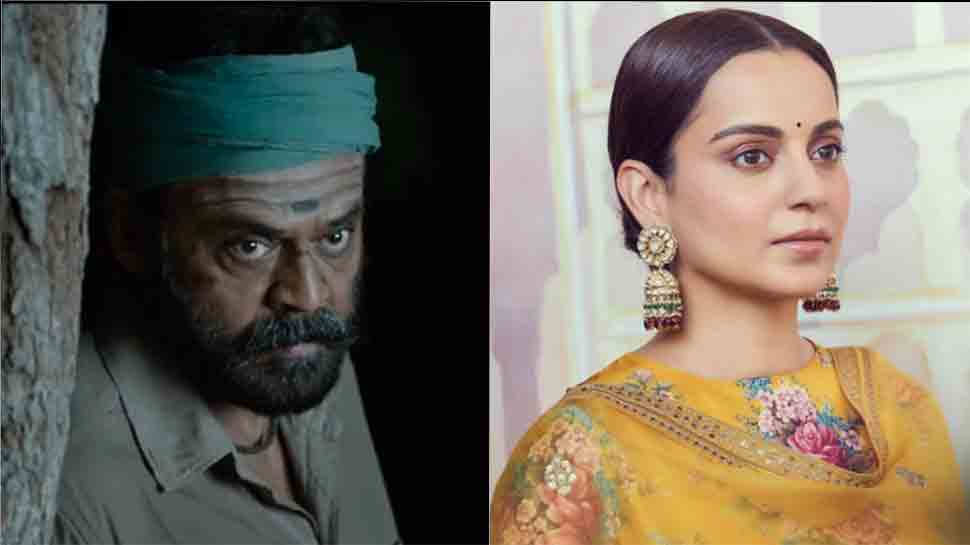 New Delhi: Popular Tollywood superstar Venkatesh Daggubati, who is also Naga Chaitanya's uncle, has apparently slammed Bollywood actress Kangana Ranaut indirectly for attacking his nephew. Venkatesh, who is otherwise known to maintain a low-key profile and controversy-free person in nature, shared a few quotes that appeared like it was aimed towards the Bollywood actress, who is known for her hard-hitting statements.

Kangana recently caused a massive uproar after she targeted Aamir Khan over Samantha-Chaitanya's divorce. She said that the break-up happened shortly after Chaitanya came in contact with Bollywood's 'divorce expert'.

On Instagram Stories, Kangana wrote, “Whenever divorce happens, fault is always of the man.... may sound orthodox or too judgemental but this is how God has made man and woman their nature and dynamics... Primitively, scientifically, he is a hunter and she is a nurturer. Stop being kind to these brats who change women like clothes and then claim to be their best friends.” She added that 'one out of hundred' women could be wrong.

"Shame on these brats who get encouragement from the media and fans. They hail them and judge the woman... Divorce culture is growing like never before," she wrote.

Kangana then questioned the timing of Chaitanya and Samantha's separation. For the unversed, Chaitanya will soon be making his Bollywood debut with 'Laal Singh Chaddha', starring Aamir and Kareena Kapoor Khan in lead roles.

On October 7, Kangana took a swipe at Hrithik Roshan and a few other Bollywood celebrities for coming out in defence of Shah Rukh Khan's son Aryan Khan.

Aryan was arrested on October 3 by Narcotics Control Bureau following a raid on a cruise ship. He is currently hearing his bail plea in the Mumbai court.