Bollywood singer Neeti Mohan tied the knot with actor Nihar Pandya on February 15 in Hyderabad. The singer, however, has postponed her wedding reception due to her father's ill health. 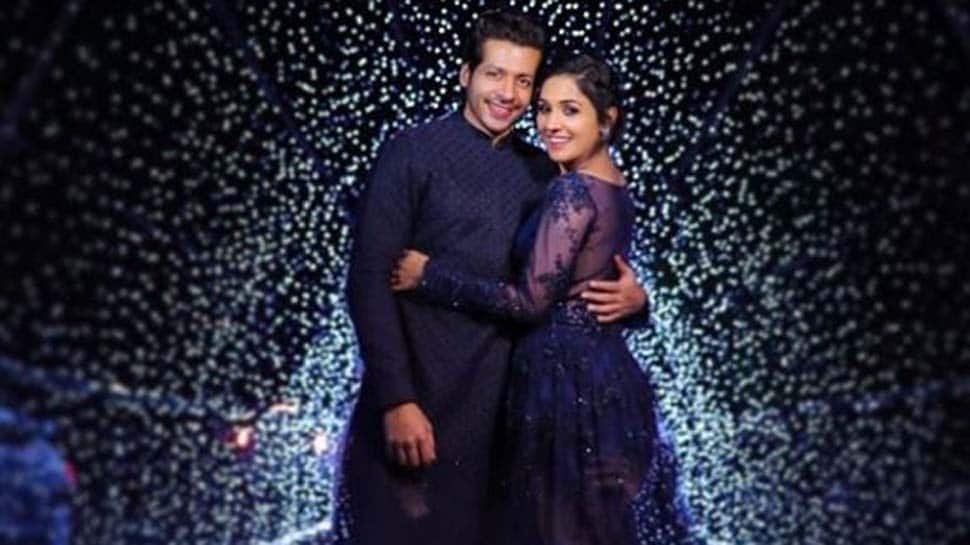 New Delhi: Bollywood singer Neeti Mohan tied the knot with actor Nihar Pandya on February 15 in Hyderabad. The singer, however, has postponed her wedding reception due to her father's ill health.

As per a report in Spotboye, the couple took the decision of postponing the wedding reception after Neeti’s father Brig Mohan Sharma was admitted to hospital.

The report states that Neeti's father was admitted in the ICU of a hospital in Hyderabad and continues to be under observation. Earlier, the couple was reported to host a grand reception in Hyderabad's Four Seasons Hotel.

Talking about the same, Neeti's sister, Shakti Mohan told the entertainment website, "Dad cannot take too much physical stress, so we had kept him in the hotel room. He was not to be seen at the mandap and people freaked out. We had called the doctors to the hotel room and they suggested that he should be shifted to the hospital."

Earlier this month, the couple appeared on Kapil's comedy show where they spoke about their relationship.

Nihaar, who was last seen in Kangana Ran "Manikarnika - The Queen of Jhansi", revealed how love blossomed between them

"A friend was a part of Aasma - the band that Neeti also had an association with. I always asked that friend to introduce me to Neeti, but it never happened. Surprisingly, at the same friend`s wedding in Goa, almost a year ago, I met Neeti formally. I was in love with her... Thereon started our love story," said Nihar.