Singer Neeti Mohan and actor Nihaar Pandya will tie the knot in Hyderabad on February 15. 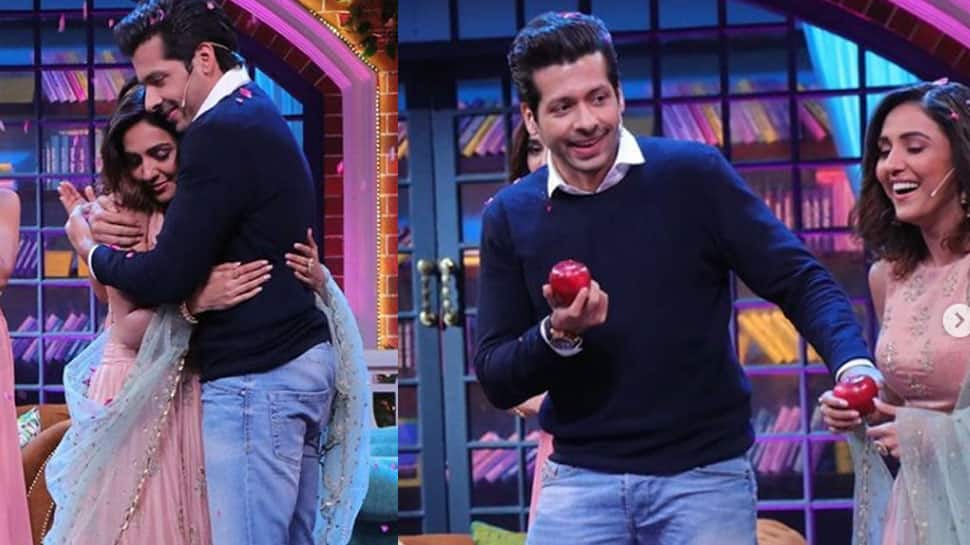 Hyderabad: Singer Neeti Mohan and actor Nihaar Pandya will tie the knot in Hyderabad on February 15.

A source close to the "Ishq wala love" singer told IANS the the nuptials will be preceded by a mehendi function during the afternoon on Valentine`s Day on February 14, followed by sangeet and ring ceremony festivities the same night.

The wedding will take place at Taj Falaknuma Palace, a restored 1894 palace of the Nizam of Hyderabad.

Singer Harshdeep Kaur, who performed live at Deepika Padukone and Ranveer Singh`s wedding function at Lake Como, Italy last year, will reportedly perform at one of Neeti and Nihaar`s functions too.

The couple will host a wedding reception for the film fraternity in Mumbai later this month.

Ahead of her wedding, Neeti along with her sisters Shakti, Mukti, Kriti and Ayushmann Khurrana`s wife Tahira Kashyap Khurrana, had her bachelorette party in Goa.

She took to Instagram to share a few glimpses from her pre-wedding party with her bride brigade.

"Bombshells are here... Bride Brigade," Neeti wrote along with a video in which she is seen sharing fun moments with her girl gang.

Earlier this month, the couple appeared on "The Kapil Sharma Show" where they spoke about their relationship.

Nihaar, most recently seen in "Manikarnika - The Queen of Jhansi", revealed how love struck them.

"A friend was a part of Aasma - the band that Neeti also had an association with. I always asked that friend to introduce me to Neeti, but it never happened. Surprisingly, at the same friend`s wedding in Goa, almost a year ago, I met Neeti formally. I was in love with her... Thereon started our love story," said Nihar.

Was told I only belonged to commercial cinema: Madhuri Dixit Nene