Power couple Neetu and Rishi Kapoor got married in 1980 and spent more than 40 years together before the latter succumbed to death due to leukemia in April 2020. 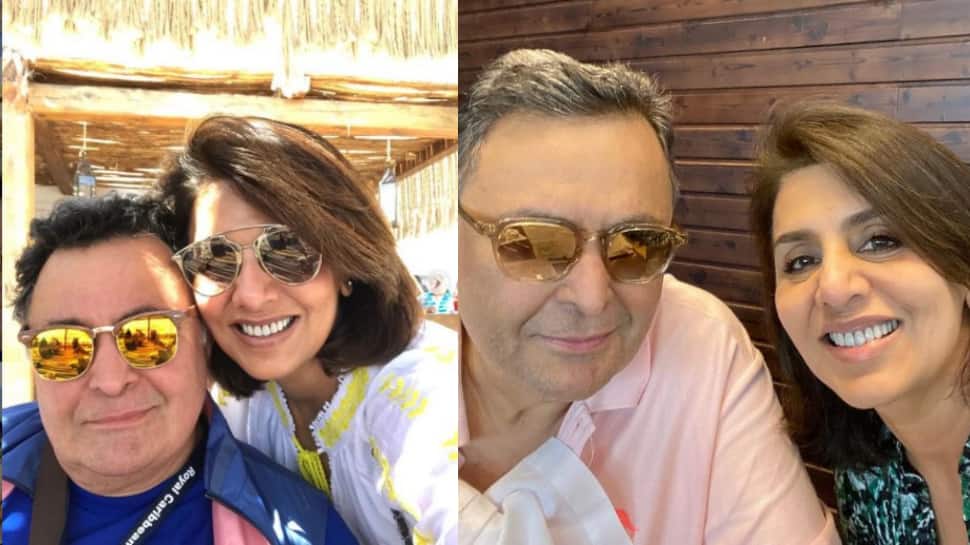 New Delhi: Veteran actress Neetu Kapoor took to Instagram to share a video collage of herself and her late husband Rishi Kapoor on Tuesday (March 30). In the adorable video, Rishi Kapoor and Neetu Kapoor can be seen sharing the same story from their early romantic life but on different occasions.

While actor Rishi Kapoor can be seen sharing the story behind the filming of the song Jeevan Ke Har Mod Pey with Neetu from their film Jhootha Kahin Ka at some old event, Neetu Kapoor remembered the same incidence on her recent appearance to singing reality show Indian Idol 12.

The iconic couple on different occasions shared that how they had a fight and were not even on talking terms when they shot for the romantic Jeevan Ke Har Mod Pey number.

Remembering her late husband, Neetu captioned the video post, “Same story narrated by both of us on different occasions #indianidol12”.

Neetu Kapoor’s daughter Riddhima Kapoor Sahni, dropped in a heart in the comment section below.

Power couple Neetu and Rishi Kapoor got married in 1980 and spent more than 40 years together before the latter succumbed to death due to leukemia in April 2020.