Bollywood actor Rishi Kapoor and his wife Neetu Kapoor visited a Balaji temple at the US on Friday. Neetu shared an adorable video of herself in which she can be seeing reciting a Tamil tongue twister. 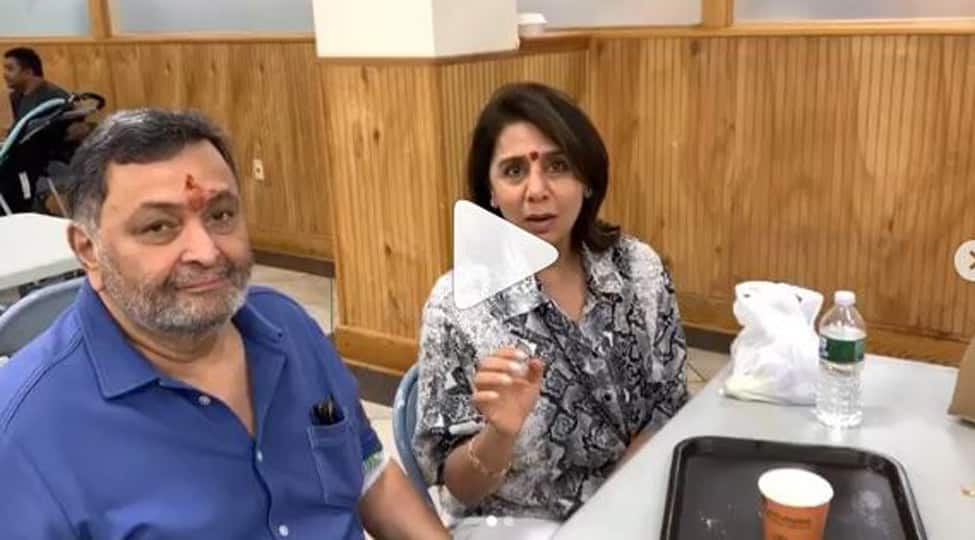 New Delhi: Bollywood actor Rishi Kapoor and his wife Neetu Kapoor visited a Balaji temple at the US on Friday. Neetu shared an adorable video of herself in which she can be seeing reciting a Tamil tongue twister.

Sharing the video on Instagram, Neetu wrote, "After taking blessings of Balaji entertaining them with a Tamil tongue twister.” As Neetu says the tongue twister efficiently, Rishi mimics her.

Recently, in an interview to Times Now, Neetu opened up about how she dealt with Rishi's cancer diagnosis and how her kids Ranbir and Ridhima reacted to it.

"My first reaction was, obviously very bad, I was devastated, my kids were devastated. We didn’t know what to do. But then we thought to ourselves that this is it, we have to deal with it. Where he (Rishi) is concerned, he was in denial. For 4-5 months, he was not himself. I think when you start accepting that this is your issue, then you are stronger. I feel he is much stronger for the past, maybe 5-6 months, " Neetu said.

Talking about Ranbir, Neetu added, "Ranbir came and I told him 'There's something I want to tell you.' I told him what happened, he had tears in his eyes. He was in denial for an hour or so. He composed himself and said 'Let's deal with it', " she said."

Rishi Kapoor turned 67 on Wednesday and the actor is all set to return to India by September end.