The duo returns to the bay after their Goa vacation.

New Delhi: Star couple Neha Dhupia and Angad Bedi are enjoying the marital phase. The couple, who got married in a hush-hush ceremony in May last year, had sent their fans into a tizzy after they broke the news on social media.

Just a few months after they got wed, the adorable couple welcomed a baby girl, Mehr Dhupia Bedi.

On Thursday, Both Neha and Angad, along with their little munchkin, were clicked by the shutterbugs arriving back after their Goa vacation. The couple were casually dressed up and were twinning in white sneakers. 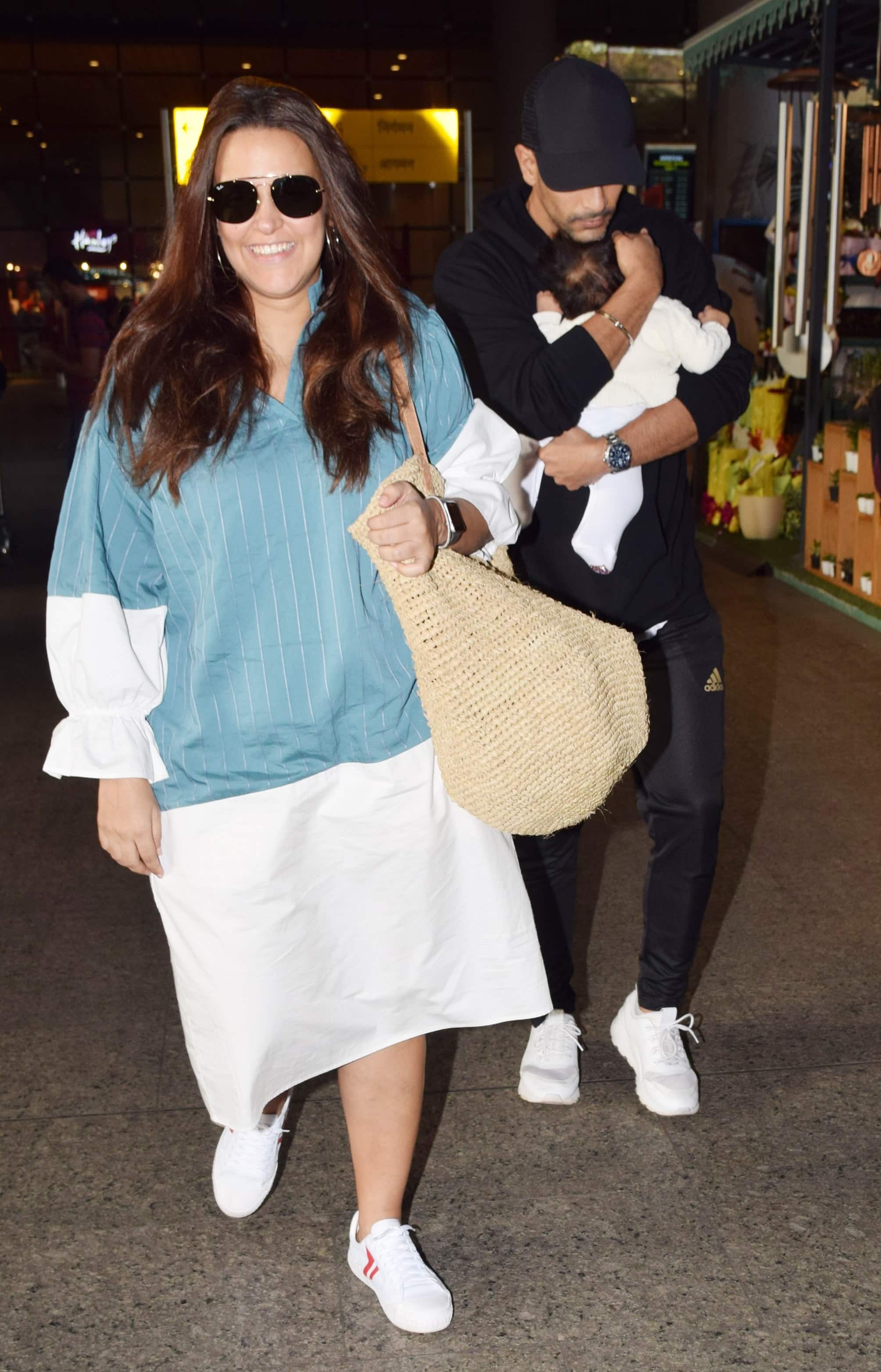 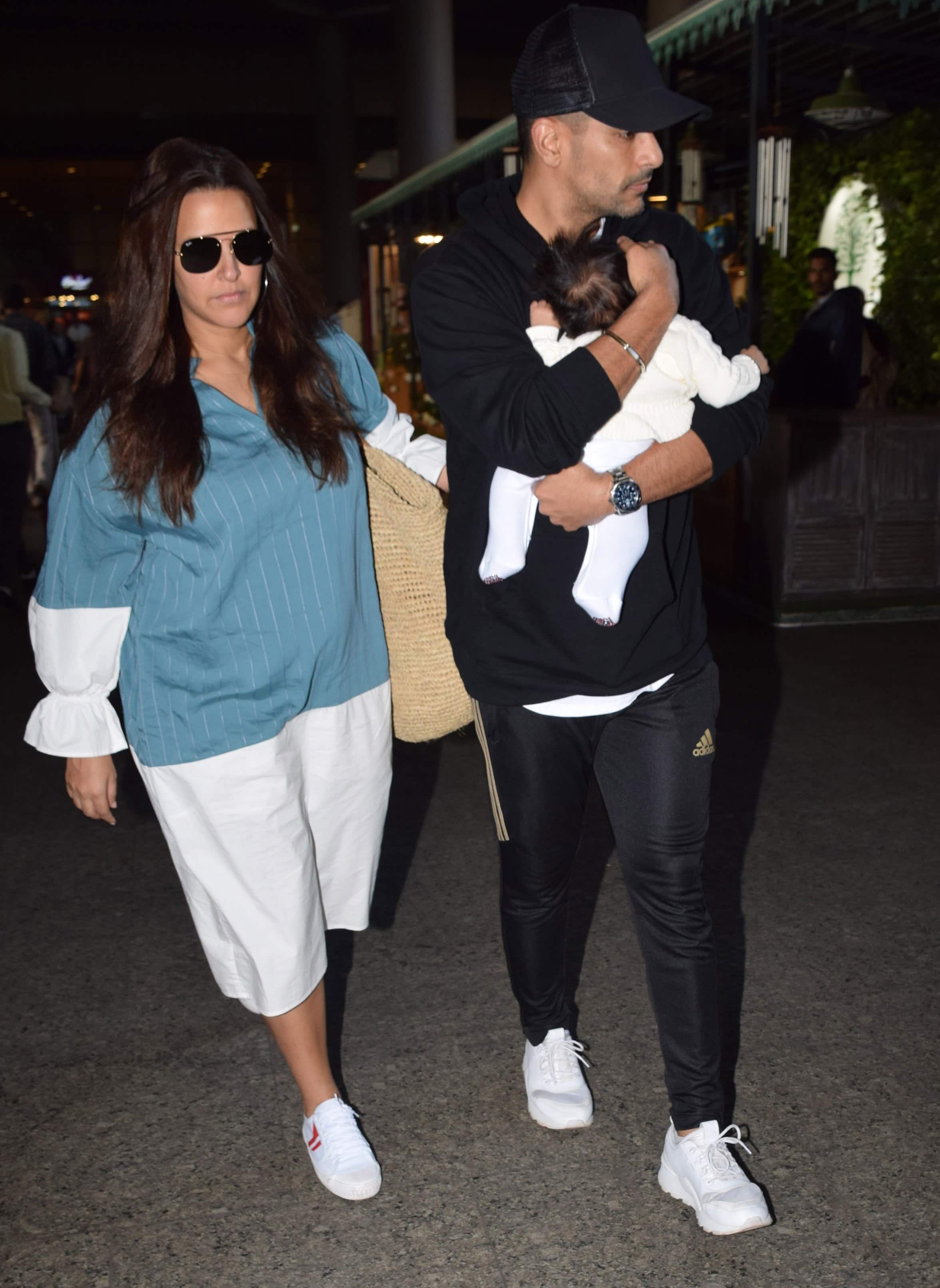 Neha Dhupia and Angad Bedi were blessed with a baby girl on November 20, 2018. The actors took to social media to announce the arrival of their daughter Mehr.

Only recently, Neha lashed out a publication for fat shaming her. Through an Instagram post, Neha made it clear that she is not bothered about being fat-shamed but this should not happen with anyone else.

She wrote, "I don’t owe anyone an explanation because fatshaming like this doesn’t bother me one bit. But I do want to address this as a larger problem because fatshaming needs to stop for EVERYONE not just celebs. As a new mom i want to be fit, healthy and energetic for my daughter. So I work out everyday, sometimes twice a day because for me...’Fitness’ is a priority and not ‘fitting into’ society’s standards regarding looks. And I hope in the future people are kinder to each other while making such vapid and vile comments. To quote @pattonoswalt ... “Be Kind. It’s chaos out there."