Actress Neha Dhupia says her daughter Mehr has taught her how to manage time. 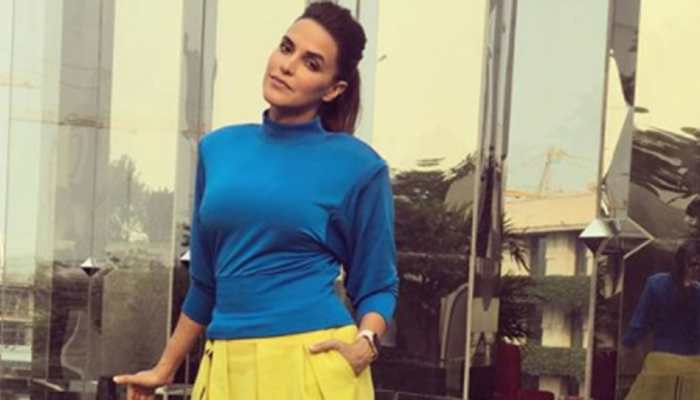 Mumbai: Actress Neha Dhupia says her daughter Mehr has taught her how to manage time.

"Post the birth of my daughter, Mehr, we have learned how to manage time. She has brought discipline in our (Angad and I) lives and my time management skills have become much better," Neha said.

Mehr is Neha and Angad Bedi's first child. The lovebirds tied the knot in 2018 and welcomed their daughter Mehr in November. The actress opened up about embracing motherhood in an episode of "The Love Laugh Live Show", aired on Romedy Now.

When host Shibani Dandekar asked how she manages work life and a baby, Neha said: "I took Mehr on the sets of a show which I was shooting when she was three months old. At a point, we had to take a shot and at the same time Mehr was hungry and needed to be nursed. I had requested the crew to look away and asked the director to take a close up shot while I was feeding her."

Opening up about her hush-hush wedding ceremony, Neha said: "It was very hectic for us to arrange wedding outfits in such a short notice".

"I went to a mall to buy clothes but three hours before the mehendi ceremony, I couldn't arrange for the perfect outfit. I was shattered and was indulging on cupcakes in the middle of the mall but somehow we managed! We bought our wedding clothes on a returnable basis from the designers. That's the best thing actually as I don't think I have enough space to keep that lehenga," she said.

Angad says he was a different man before he tied the knot with Neha.

"I was a commitment-phobic before getting married to Neha," Angad said.

Deepika Padukone says Jio MAMI is a learning experience for her