Her pregnancy glow is unmissable in these pictures. 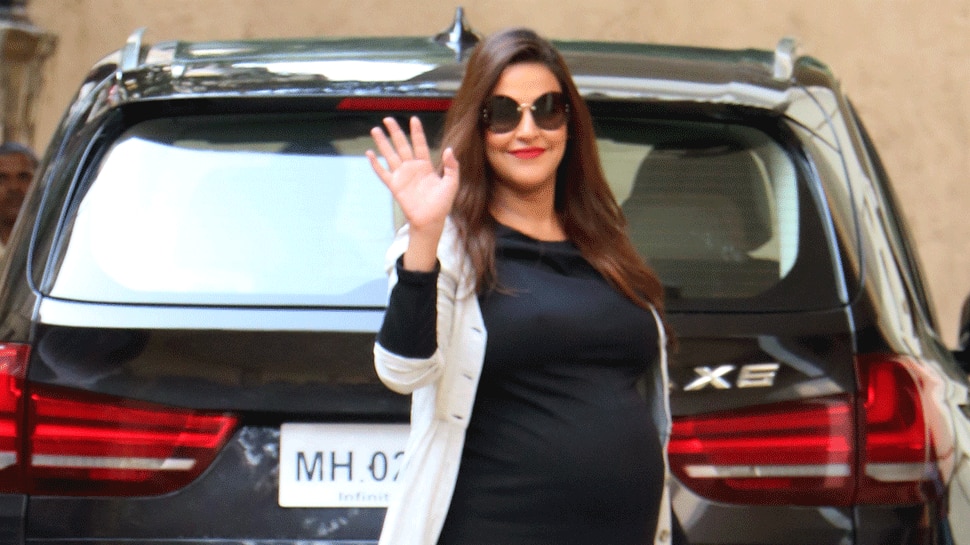 New Delhi: The gorgeous beauty Neha Dhupia is preggers and in her recent pictures, the 'Roadies' judge can be seen flaunting her baby bump in style. The photos are probably taken from her latest Bandra outing on Wednesday afternoon.

In the pictures, Neha is wearing a stylish turtle neck black dress which she teamed with light-coloured jacket-coat and matching footwear. She surely has the sunshine glow on her face and cuts a beautiful picture. Check it out here: 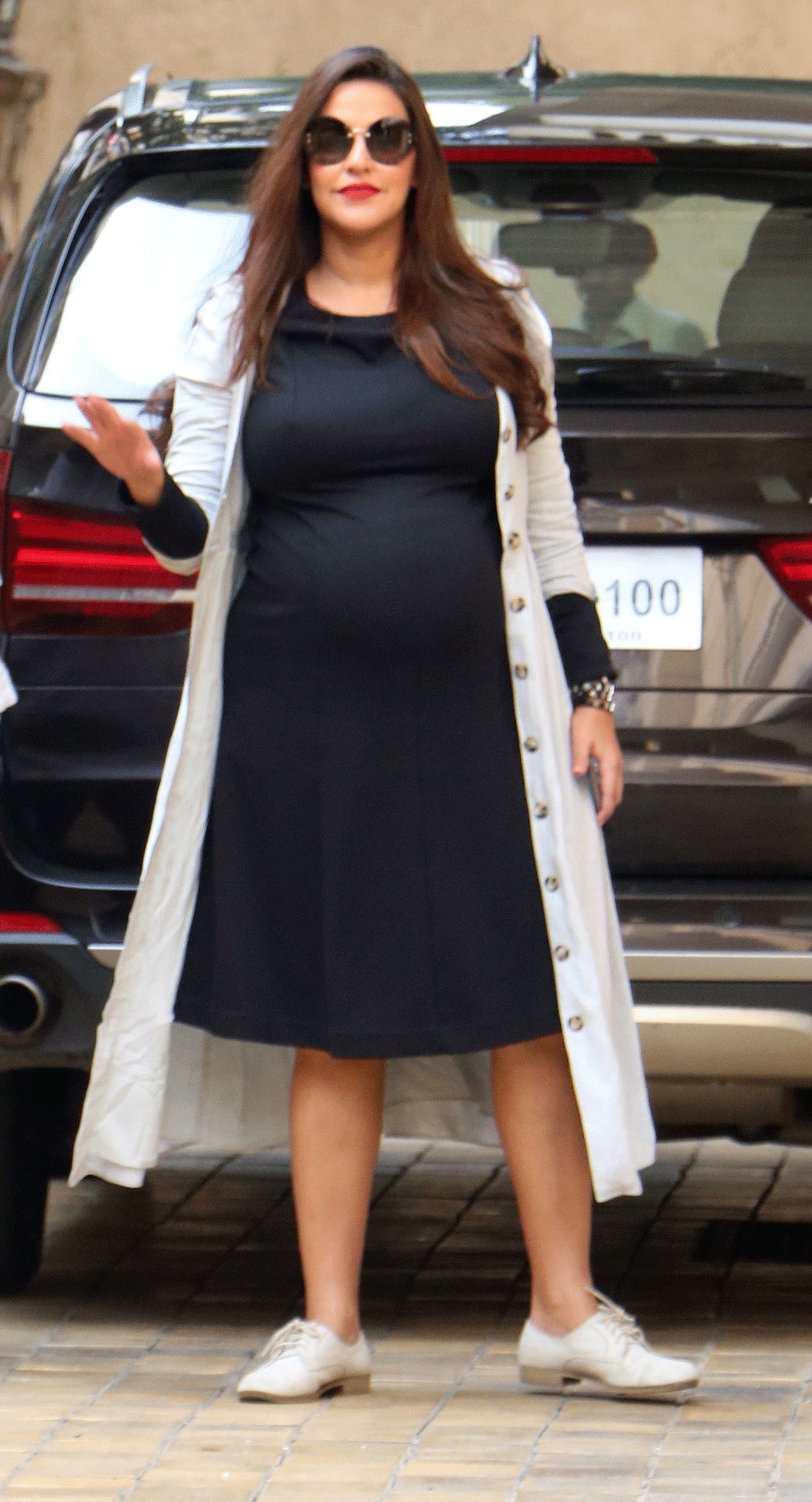 In August this year, Neha Dhupia and Angad Bedi officially announced the pregnancy news. Angad confirmed Neha's pregnancy on social media with beautiful pictures of the duo in which the 'Qayamat' actress is seen with a visible baby bump.

The rumours about Neha's pregnancy had been around for quite some time now but the duo kept brushing it aside. The couple had a Sikh wedding and the Anand Karaj ceremony took place at a Delhi Gurdwara on May 10, 2018.

One the work front, Angad was last seen in Salman Khan-Katrina Kaif starrer 'Tiger Zinda Hai'. He played a pivotal part in the action drama. He was also seen in sports biopic 'Soorma' which starred Diljit Dosanjh in the lead. The film was based on Hockey legend Sandeep Singh. Meanwhile, Neha was recently seen in 'Helicopter Eela' and Karan Johar's segment of Netflix anthology series 'Lust Stories'. Her upcoming talk show 'Vogue With BFFs' season 6, which will be aired soon, is the talk of the town.