The video is from one of Nick and Priyanka's outings in Paris when the couple took a boat ride. Nick, who was seen enjoying his drink, saved his wife, who had stumbled on the yatch accidentally. 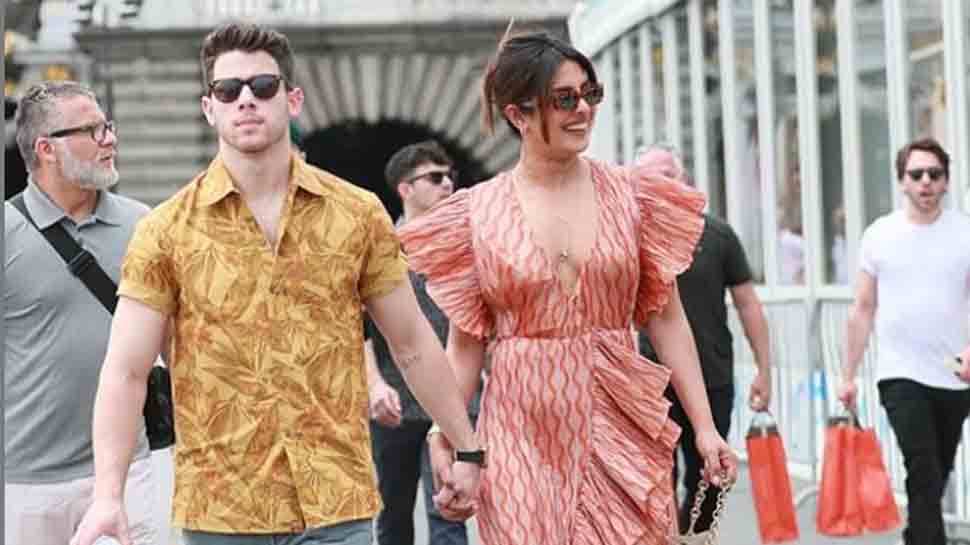 New Delhi: Priyanka Chopra and Nick Jonas are currently in Paris where they are to attend the French wedding of Sophie Turner and Joe Jonas. Pictures of the adorable couple touring the city are all over the internet.

Recently, the couple was spotted taking a boat ride in Seine river in Paris. In fact, Nick even treated us to a monochrome picture of them, striking a romantic pose. "The city of love," read Nick's caption. The photo features Priyanka in front of Nick, who holds his wife adorably.

On Thursday, we came across a video from their boat ride outing, where Nick, was seen saving his dearest wife, who had stumbled accidentally. The American singer was seen enjoying his drink, but let it go to immediately to lend a helping hand to his wife to save her from falling into the water. The video will make all Nickyanka fans go crazy.

In the meantime, the couple headed to France today where Sophie and Joe's wedding will take place.

Priyanka and Nick dated for a few months before marrying in a lavish wedding ceremony in Jodhpur. After the wedding, Priyanka kept shuttling between India and the US for her work-cum-personal commitments.

Speaking of Sophie and Joe, this will be their second wedding. The 'Game Of Thrones' star and the singer tied the knot in May in an impromptu ceremony in Las Vegas. The Paris wedding is said to a family-only affair and will also be attended by close friends.

On the work front, Priyanka will be next seen in 'The Sky Is Pink', her first Hindi film in three years. She also has a few Hollywood projects lined-up.