The Anaconda singer (37) was said to be dating Kenneth Petty (42) with reports claiming that the couple even got married secretly in October 2019. This will be her first child with Petty. 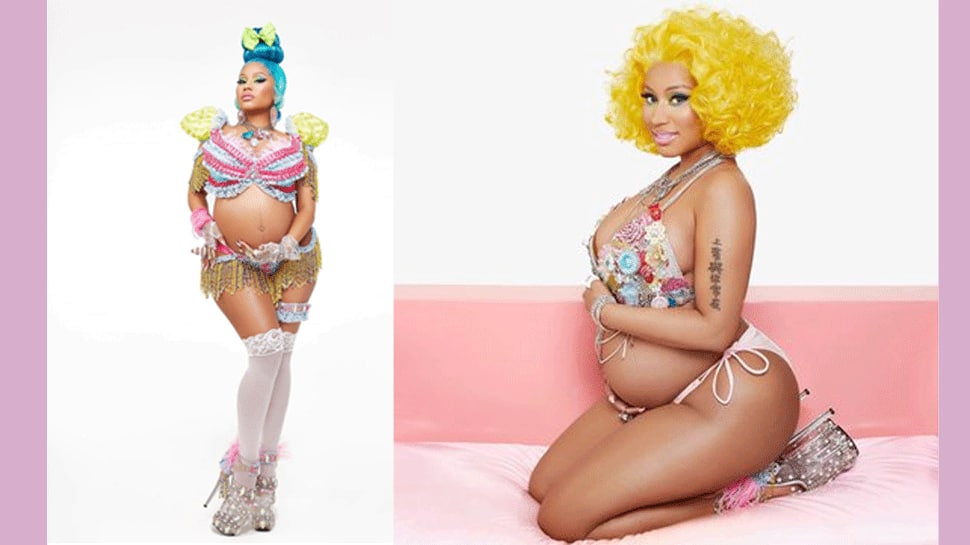 Washington: American rapper Nicki Minaj announced on Monday (July 20) she is pregnant with her first child. The singer made the announcement by sharing a series of photos on Instagram, in which a bikini-clad Minaj can be seen cradling her baby bump. She captioned one of her posts as , "preggers" with a yellow heart emoji.

In another picture, which did not have a caption, the rapper was seen donning a blue wig, an embellished bikini and decorated heels, which she teamed with thigh-high white-coloured sheer stockings.

The Anaconda singer (37) was said to be dating Kenneth Petty (42) with reports claiming that the couple even got married secretly in October 2019. Nicki, however, never confirmed the news. Some reports stated that Nicki and Petty obtained a marriage license in July last year. Reports state that the rapper and her beau, who has been convicted of manslaughter and registered as a sex offender, tied the knot less than a year after they began dating.

Love. Marriage. Baby carriage. Overflowing with excitement & gratitude. Thank you all for the well wishes. _

For months, there were rumours that the rapper-singer was expecting a baby, which she never confirmed or denied.

This will be her first child with Petty.

Minaj had previously shared that she was looking forward to becoming a mother and was willing to give up her career to achieve that dream.

Coronavirus positive Amitabh Bachchan on fan wishes: These are the most emotional moments for me