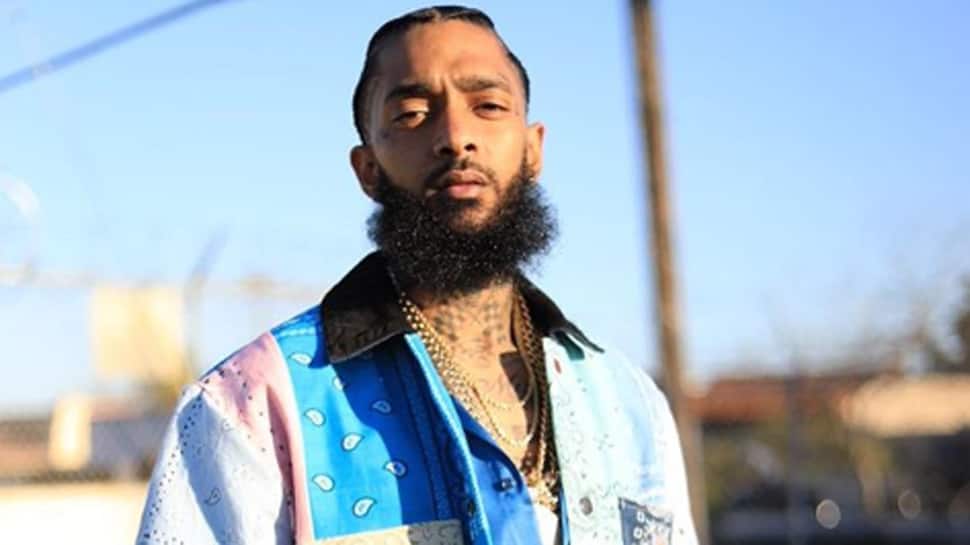 Washington: The public memorial service for American rapper Nipsey Hussle will be held on Thursday, the late rapper's family announced in a post on his Instagram account. The official 'Celebration of Life' is scheduled to take place on Thursday at Staples Center in downtown Los Angeles.

"Join Us for the Celebration of the Life & Legacy of Nipsey Hussle. Thursday, April 11th 2019 - Staples Center. For free tickets & additional info please visit: Staplescenter.com/NipseyHussle," the post read. Doors will open at 8 am PT, with the service to get underway at 10 am and will run for approximately two hours, reported The Hollywood Reporter. Tickets will be available from Tuesday at 10 a.m. and will be free of charge. Recording devices will not be permitted inside.

Ermias Davidson Ashedom, popularly known by his stage name Nipsey Hussle, was reportedly murdered on last Sunday in front of Marathon Clothing, one of several businesses he owned in his native South Los Angeles.

Police on last Tuesday arrested Eric Holder and on last Thursday filed charges of murder and attempted murder against him, and currently, he is being held on USD 5 million bail. He appeared in a downtown Los Angeles courtroom on last Thursday afternoon, where he was represented by attorney Chris Darden.

Darden entered a not guilty plea on his behalf.LAPD chief Michel Moore said on Tuesday that Holder and Hussle got into a dispute at the clothing store. Holder left and came back with a gun, shooting Hussle and two other men several times before fleeing in a white Chevy Cruze. While both men allegedly had gang affiliations, the motive for the shooting does not appear to be gang-related.

The two other men were also injured in the shooting outside the store, which is located at Crenshaw Boulevard and Slauson Avenue. The rapper's sudden and tragic death left everyone in a state of shock. Fellow artists including Drake, Rihanna, Michael B. Jordan, Pharrell Williams, and Jada Pinkett Smith, among many others, took to their social media accounts to mourn the loss of the artist.