No one can play PM Modi better than me: Paresh Rawal takes a dig at Vivek Oberoi 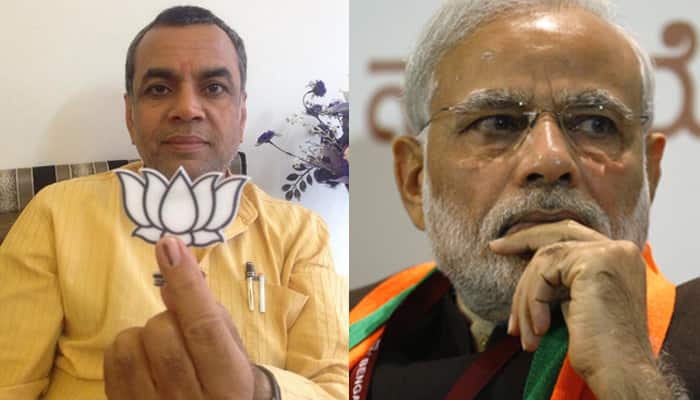 New Delhi: The audience had a mixed reaction to the first look of the biopic of Prime Minister Narendra Modi in which his role is being essayed by Vivek Oberoi. While some thought Paresh Rawal would have been a better pick, some were convinced with Vivek's look. Meanwhile, Rawal, who is a proud devotee of the Prime Minister, said in a statement that no one can play his role better than him.

Rawal, who announced his film on the Prime Minister in 2018, said, "No one can pull off the role better [than me]."

Talking about about his fondness for the PM, Rawal told India today, "When I was nine years old, my mother told me that we would avoid eating rice on Mondays, since the then PM Lal Bahadur Shastri - who was allotting ration for the Army men in our war-struck country - had requested the citizens to do so. The demand was honored by many because it had been made by an honest man. Similarly, when Modi told citizens to give up their [cooking gas] subsidies, people paid heed, because the request was made by an honest man."

"He's not an armchair [prime minister], but a passionate countryman who has visited abundant villages [to study problems] firsthand. These factors will be the driving forces of our biopic, " he added.

The biopic based on PM Modi's life has been titled as 'PM Narendra Modi' and the shooting will kickstart this month. The first look poster of the ambitious venture will be unveiled on January 7, 2019.

Biopics have always found a greater audience and with the one based on the PM of the country, it's surely going to be a visual treat to watch. So, are you excited to watch Vivek in a new powerful avatar on-screen?