No one has pressurised us to change 'Manikarnika' release: Kangana Ranaut

Kangana plays the central character of Rani Laxmibai in the film. 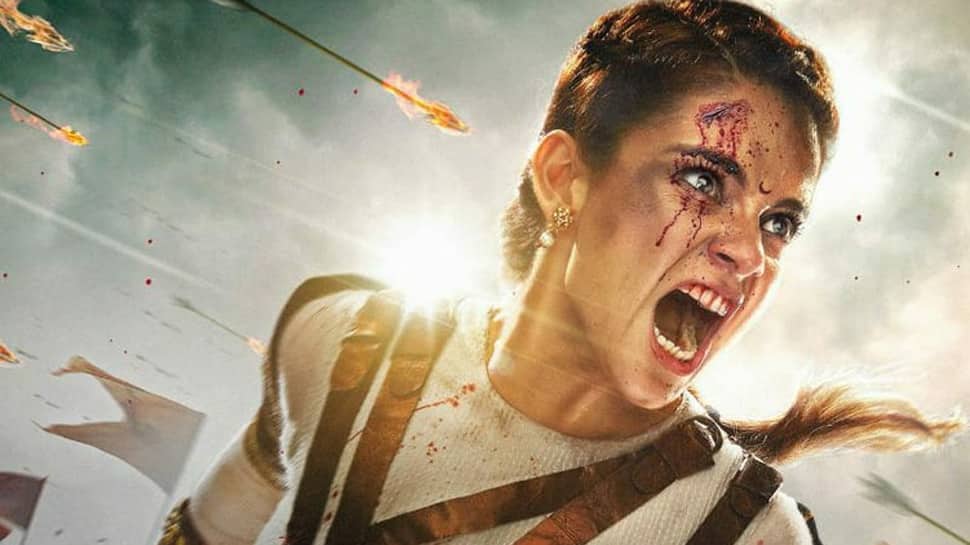 Mumbai: Actress Kangana Ranaut, geared up for the release of her next film "Maniakarnika -- The Queen of Jhansi" on the Republic Day weekend, has said no one has requested or pressurised the makers of her film to advance or delay the release of the film, which is clashing with late Shiv Sena supremo Bal Thackeray's biographical film "Thackeray" at the box office.

Kangana was interacting with the media at the music launch of "Manikarnika - The Queen of Jhansi", along with film's music composer Shankar-Ehsaan-Loy, writer-lyricist Prasoon Joshi and other cast and crew members of the film here on Wednesday.

Asked if "Manikarnika" makers faced any pressure from the "Thackeray" team to change the release date of her film, Kangana said: "We haven't been approached by anyone who has requested or forced us either to prepone or postpone release of our film.

"We haven't been pressurised by anyone, so we are very happy that we have got a sort of a big window to release our film on Republic Day weekend. I think two films can easily come on the same day and so far, nobody has pressurised us. It will be completely wrong to say that we have been approached or pressurised to do something that we didn't want to do."

Kangana plays the central character of Rani Laxmibai in the film. She has also directed a few portions of the film.

Sharing her experience of being a part of the film, Kangana said: "I am a very small part of this very big film. Until now, I have always worked in small films but this is actually my first big film... Not because of the budget, not because of the story. It is a big film because of the kind of artistes I am getting to work with."

Praising the film's music composers, Kangana said: "It's my first film with Shankar, Ehsaan and Loy. What they have done for this film, I don't think words can explain that. There are 7 to 8 songs in the film and each one is better than the other. We weren't able to understand which song we should release first but I feel audience will have great time when they will listen to entire album."

Dear Sara Ali Khan, how can you look so gorgeous after a gym session? See pics