No wedding cards for Sonam Kapoor-Anand Ahuja wedding, Janhvi to groove on Sridevi's songs at Sangeet

Reports of Sonam Kapoor and Anand Ahuja getting married are doing the rounds for quite some time. If reports are to be believed, Sonam and Anand are all set to enter the wedlock on May 8. 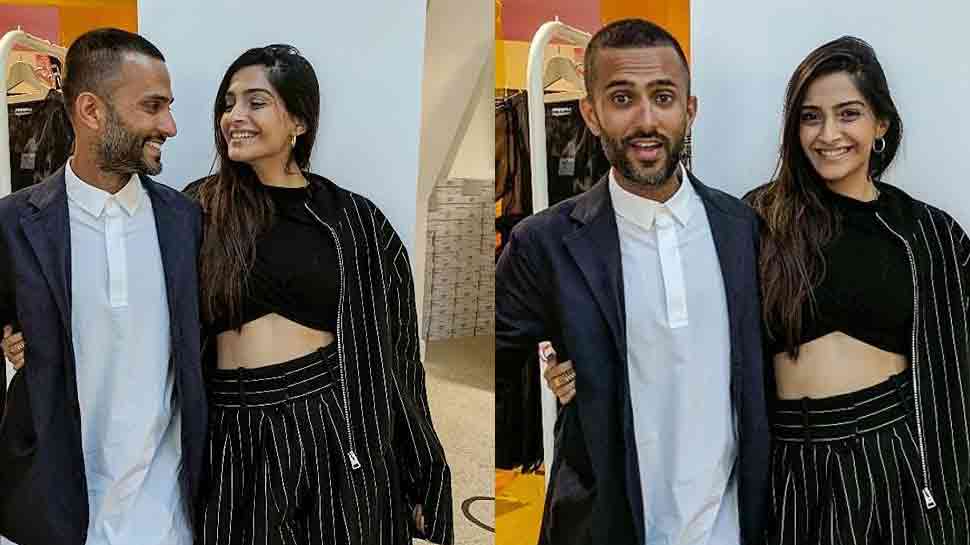 Reports of Sonam Kapoor and Anand Ahuja getting married are doing the rounds for quite some time. If reports are to be believed, Sonam and Anand are all set to enter the wedlock on May 8.

And we are getting an exclusive piece of information with each passing day. As per a Bollywoodlife.com report, the Kapoor family has approached celebrity choreographer Farah Khan for the sangeet ceremony.

In addition, the website claimed that there will be no wedding cards for Sonam and Anand and their families will only be sending the e-invites.

A source told the website, "Both Sonam and Anand believe in paper conservation. They believe that wedding cards mean a lot of waste of paper. Hence they have asked their families to not print any invitation cards. Instead, they have designed an elegant e-invite together which will be sent to their friends and relatives on their phones."

Earlier the couple were considering to tie the knot at a foreign location and Switzerland was their common choice. However, their family later decided to hold the wedding ceremony at a heritage bungalow in Mumbai.

It is believed that the wedding ceremony will be a very intimate affair with only closed relatives and friends in attendance, the Sangeet and reception are going to be a grand affair.

Sonam and Anand have been dating each other for the longest time. Anand is a London-based fashion entrepreneur. Reports also suggest that the duo has bought a new house in Notting Hill in London and plans to shift there post their wedding.