Nora will next be seen in Ali Abbas Zafar's 'Bharat'.

New Delhi: Bollywood actress Nora Fatehi knows how to keep her fans engaged through her social media posts. The stunning dancer-actress has a massive fan following and her pics and videos often go viral.

Nora took to Instagram on Friday and had a task for all her fans. The actress wants them to caption her latest Instagram pic.

Nora wrote 'Caption This' along with the pic and fans have come up with some hilarious ones!

Check out some of the captions here: 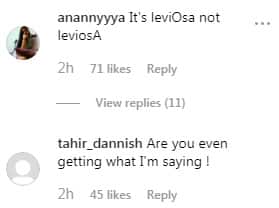 Nora will next be seen in Ali Abbas Zafar's 'Bharat'. The film stars Salman Khan and Katrina Kaif in lead roles and is slated to release on June 5. It also has Disha Patani, Varun Dhawan, Nora Fatehi, Tabu and Sunil Grover to name a few on board.

The Moroccan beauty is also a part of Varun Dhawan and Shraddha Kapoor starrer 'Street Dancer'.

Nora shot to fame when the song 'Dilbar' from 'Satyameva Jayate' went viral for all the right reasons. The song was one of the most popular songs of 2018 and topped charts as soon as it was unveiled. Since then, the actress's fan following has grown tenfold.

Here's wishing Nora all the very best for her future endeavors.