Nora Fatehi, who is quite active as well as popular on social media, took to Instagram stories and shared glimpses from her trip to Bali.

New Delhi: Bollywood actress Nora Fatehi was seen at the airport recently and we were wondering where she's headed to. The answer is here as Nora is at the exotic holiday destination Bali and seems to be having a gala time!

The Moroccan beauty, who is quite active as well as popular on social media, took to Instagram stories and shared glimpses from her trip. 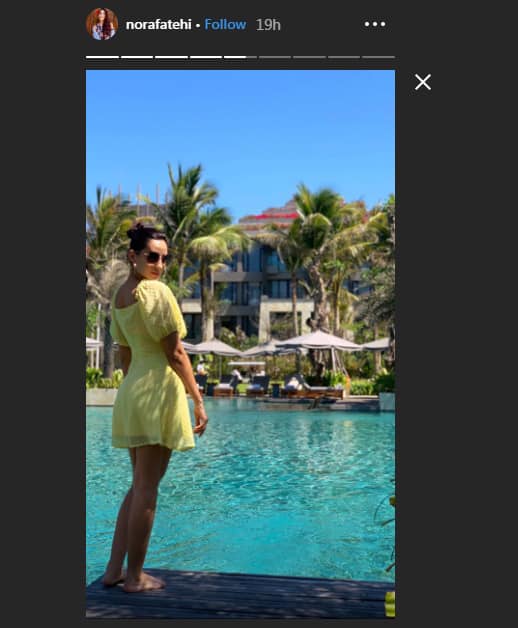 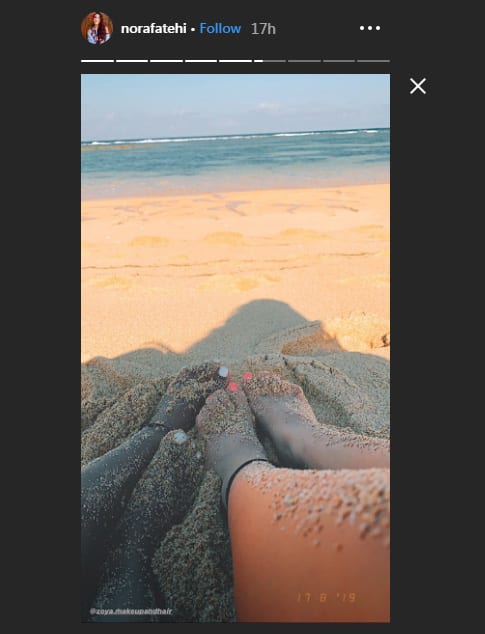 A fan club also shares a video in which we see Nora's goofy side by the pool.

Known for her fantastic dance moves with songs like 'Dilbar' and 'O Saki Saki', Nora is a favourite of many.

She starred opposite John Abraham in the recently released 'Batla House'. The film has received a thumbs up from critics and the audience.

Nora will next be seen in 'Street Dancer 3D' which also stars Varun Dhawan and Shraddha Kapoor. Expectations from the film are soaring high already because Nora is known to be a fantastic dancer and is expected to set the screen ablaze with her dance moves yet again in 'Street Dancer'.

Here's wishing the actress all the very best for her future endeavors.