Nora was last seen in 'Pachtaoge' song featuring Vicky Kaushal. It has been sung by Arijit Singh and backed by T-Series. 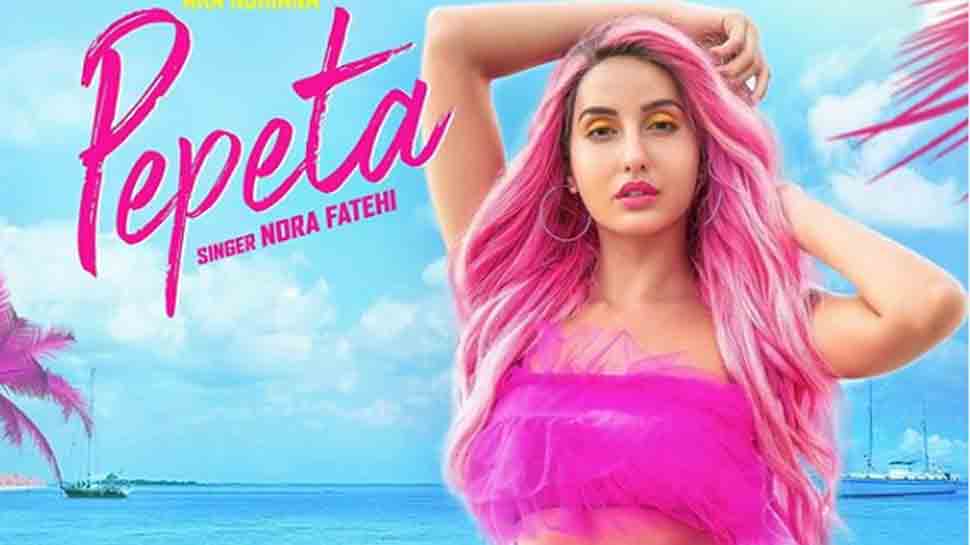 New Delhi: Moroccan beauty Nora Fatehi's latest track 'Pepeta' was high on the buzz word much ahead of its release. And guess what? After the track was unveiled, the song has already set YouTube on fire. It has been directed by Abderrafia El Abdioui.

Nora's striking pink hair will remind you of Barbie and her sizzling dance moves will leave your jaws on the floor. The song features Nora Fatehi and Ray Vanny, against the picturesque beach backdrop making it look picture perfect.

The song is choreographed by Rajit dev while the lyrics are penned by RayVanny, Raja Kumari, Amaar baz and Ebraheem Baggash. This is Nora's second international track. She has also lent her voice for a few lines in the song.

Nora was last seen in 'Pachtaoge' song featuring Vicky Kaushal. It has been sung by Arijit Singh and backed by T-Series. The song has become a chartbuster and is still staying strong.

She became famous as the 'Dilbar' girl after her song from 'Satyamev Jayate' became a rage in 2018. This year she has once again hogged the limelight for her chartbuster track 'O Saki Saki' from 'Batla House'.

On the work front, these days she is busy promoting 'Batla House' on various platforms. After her small cameo in Salman Khan's Eid release 'Bharat', Nora will be seen in ace choreographer turned director Remo D'Souza's 'Street Dancer 3D'.

Varun Dhawan and Shraddha Kapoor play the leads in the movie while Nora has a pivotal part. It is produced by Bhushan Kumar for T-Series and will hit the screens on January 24, 2020.