Nusrat and Yash came close to each other on the sets of the Bengali film 'SOS Kolkata' in 2020. In June, Nusrat had announced her split with husband Nikhil Jain and released an official statement as well. 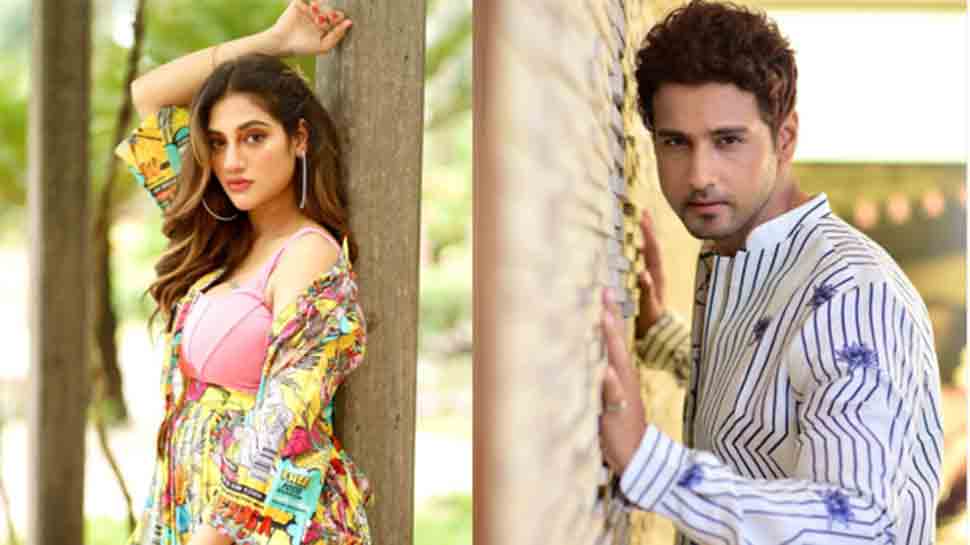 New Delhi: Actor-politician Nusrat Jahan on Wednesday shared a video with her rumoured husband Yash Dasgupta as they enjoyed a sikara ride together in Kashmir. Taking to Instagram, Nusrat dropped a video where she and Yash entwined their fingers while enjoying the scenic beauty of Kashmir.

In the video shared by Nusrat on Instagram, only hands of her and Yash Dasgupta were visible. Nusrat wore a dark grey sweater whereas Yash opted for a full-sleeves grey T-shirt. She captioned the video, "Togetherness (red heart emoji) @yashdasgupta #feels #favouritesong #favouriteperson #amazinglocale."

Earlier in the day, Nusrat shared another picture of herself enjoying the snowfall in Kashmir. She wore a dark blue jacket along with gloves and carried a giant handbag along with a big black umbrella. "If kisses were snowflakes… I’d send u a blizzard .. #kashmirvalley #snowfall #hotchocolateweather#winterromance (camera emoji): Beloved @yashdasgupta," she captioned the photo.

Yash too shared a picture of himself from Kashmir. Seen in a bright mustard tee which he paired with denims, he leaned against a wall in the photo. Sharing the post, he captioned it, "Wearing My Smile For Today (camera emoji) courtesy @nusratchirps."

Earlier this month, rumours of their wedding had emerged. Nusrat dropped yet another major hint at her marital status on Vijayadashami. The gorgeous face took to her Instagram and shared a picture wishing everyone and fans couldn't help but spot her traditional red saree and Shakha Pola bangles. Well, the Shakha Pola (red and white) bangles are traditionally worn by married Bengali women. This once again has sparked speculation over her marital status with Yash Dasgupta.

Earlier, their festive photoshoot had gone viral on the internet in which Trinamool MP is seen sitting on Yash's lap.

Nusrat had shared photos from Yash's birthday party with words ‘husband’ and ‘dad’ written on the cake.

Nusrat and Yash came close to each other on the sets of the Bengali film 'SOS Kolkata' in 2020.

In June, Nusrat had announced her split with husband Nikhil Jain and released an official statement as well. The actress-turned-politician said, "Our separation happened long back, but I did not speak about it as I intended to keep my private life to myself." She also claimed that her marriage was not registered as per Indian laws, and it was only a live-in relationship.

For the unversed, Nusrat Jahan and Nikhil Jain tied the knot in June 2019 in Turkey. However, a few months after their wedding, rumours started that the couple was facing marital discord with the actress even levelling cheating allegations against the former. Nusrat tied the knot with her businessman beau Nikhil Jain in the picturesque Turkish town of Bodrum on June 19, 2019. The wedding ceremony was done as per the Turkish Marriage Regulation.