'Once Upon A Time In Hollywood' homage to stars bygone: Leonardo DiCaprio

Oscar-winning star Leonardo DiCaprio says "Once Upon A Time In Hollywood" is a homage to all the stars who have been forgotten, and to artists "who were struggling to be successful" in Hollywood in 1969. 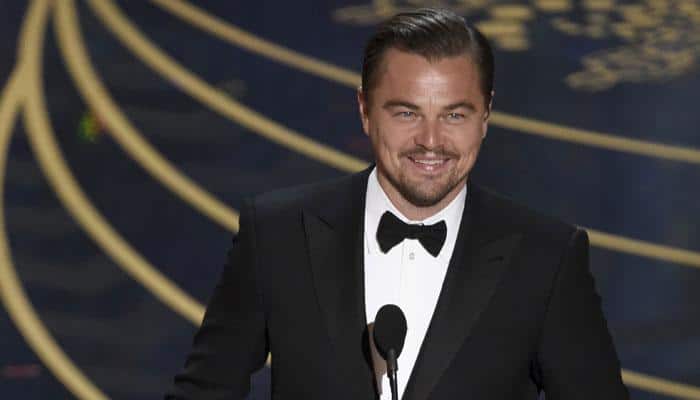 Los Angeles: Oscar-winning star Leonardo DiCaprio says "Once Upon A Time In Hollywood" is a homage to all the stars who have been forgotten, and to artists "who were struggling to be successful" in Hollywood in 1969.

Set in 1969, "Once Upon A Time In Hollywood" revolves around aging star Rick Dalton (DiCaprio) and his stunt double Cliff Booth (Brad Pitt). In a parallel storyline, Margot Robbie portrays Dalton's neighbour Sharon Tate, who was murdered by members of the Charles Manson family.

"One thing? That's hard. For me, he has the consistency that I've found in people that make good art in this industry," DiCaprio said when asked about the thing he has learnt from his association with Hollywood maverick Quentin Tarantino.

DiCaprio feels "the film is an homage to all those that have maybe been forgotten".

"A tribute to those people during that time period who were struggling to be successful but did give their contributions nonetheless," he added.

Tarantino has described "Once Upon a Time in Hollywood" as his love letter to Los Angeles of 1969. The Sony Pictures Entertainment project will release in India on August 15. The film also has Al Pacino, Dakota Fanning, Kurt Russell, Lena Dunham and the late Luke Perry in other roles.

Talking about the film, DiCaprio said: "Recognising those people in the industry that have made their contributions that he's in love with but who maybe I, or my generation, know nothing about -- people that sort of evaporated historically. That's why he pointed us to so many different guys like, Edd Byrnes or Ty Hardin. He would say, 'Hey, check this actor out, Ralph Meeker'.

"He may not be Robert De Niro or Brando, but look at the work and contribution that he gave to the industry. Look at his time, look at these weird television shows that you've never even heard of. So, to me, it is his homage to those that have contributed to our industry and the art form that he loves and maybe don't get the recognition -- and what, psychologically, they may have gone through, you know what I mean? That journey and that quest for that one shot to ultimate stardom. That's what I loved about his approach to these guys. It's his love letter to this industry."