Pakistan's complicity in business of terrorism must end: Hansal Mehta

Disturbed after the deadly Pulwama attack, filmmaker Hansal Mehta says Pakistan's complicity in the business of terrorism should come to an end. 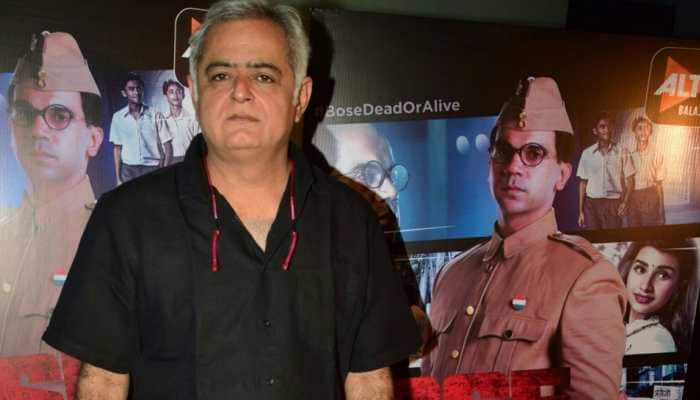 Mumbai: Disturbed after the deadly Pulwama attack, filmmaker Hansal Mehta says Pakistan's complicity in the business of terrorism should come to an end.

Hansal on Saturday took to Twitter to share his views. He also shared details about his 2017 film "Omerta" starring Rajkummar Rao. It is based on British-Pakistani terrorist Omar Saeed Sheikh's life.

"While 'Omerta' was based on Omar Saeed Sheikh, it was also about the patronage provided to men like Masood Azhar, Omar Sheikh, Hafiz Saeed by the state of Pakistan. Pakistan's complicity in the business of terrorism must be ended, with brute force if needed," he posted.

In the worst ever terror attack in Jammu and Kashmir since militancy erupted in 1989, a Jaish-e-Mohammad (JeM) suicide bomber on Thursday rammed his vehicle packed with explosives into a CRPF bus on the Jammu-Srinagar highway in Pulwama district, killing at least 40 troopers on the spot. The toll rose to 49 on Friday as several injured succumbed.

After the strike, India rejected Pakistan Foreign Secretary Tehmina Janjua's claims denying her country's links to the attack, saying that JeM, which claimed responsibility for the strike, is based in Pakistan, and the "links are clear and evident and for all to see".

The attack has left the security establishment stunned as it created the biggest casualty of security personnel in a single day in peace time.