She will step into the shoes of popular actress Emily Blunt, who played an alcoholic divorcee, who becomes involved in a missing person's investigation.

New Delhi: After celebrating sister Priyanka Chopra's grand birthday in Miami with friends and family, Parineeti Chopra is back to the bay. The chirpy actress was clicked at the airport and she made sure to add a dash of pop pink to her outfit.

Pari donned a candy pink outfit and carried a huge Fendi bag. She complemented her look with a pair of cool sunnies. She happily posed for the shutterbugs. 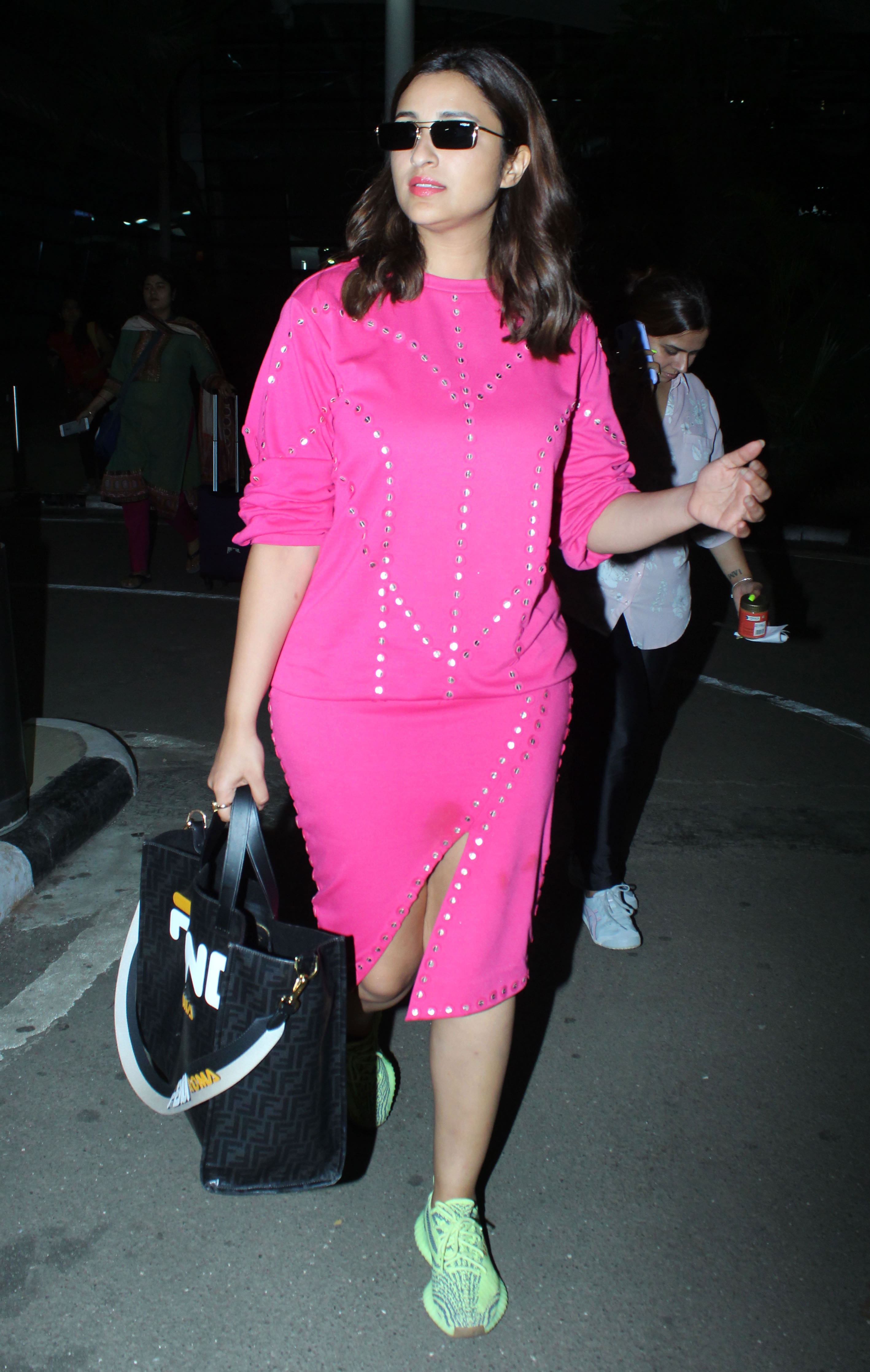 On the work front, the actress is these days busy training for badminton champ Saina Nehwal biopic. She is gearing up for the release of her upcoming rom-com 'Jabariya Jodi' with Sidharth Malhotra. The film is directed by Prashant Singh and is produced by Ekta Kapoor's Balaji Motion Pictures.

She also has 'Sandeep Aur Pinky Faraar' with Arjun Kapoor. The actress has her kitty full with plum deals. Parineeti has signed the official Hindi remake of Hollywood thriller 'The Girl On The Train'.

She will step into the shoes of popular actress Emily Blunt, who played an alcoholic divorcee, who becomes involved in a missing person's investigation. The movie is produced by Reliance Entertainment and will hit the screens next year.