Pather Panchali made me fall in love with cinema: Soumitra Chatterjee

Chatterjee, who had acted in 14 of Ray's films, said he felt the happiest when the director announced that he would cast him as the protagonist of his 1959 film Apur Sangsar. 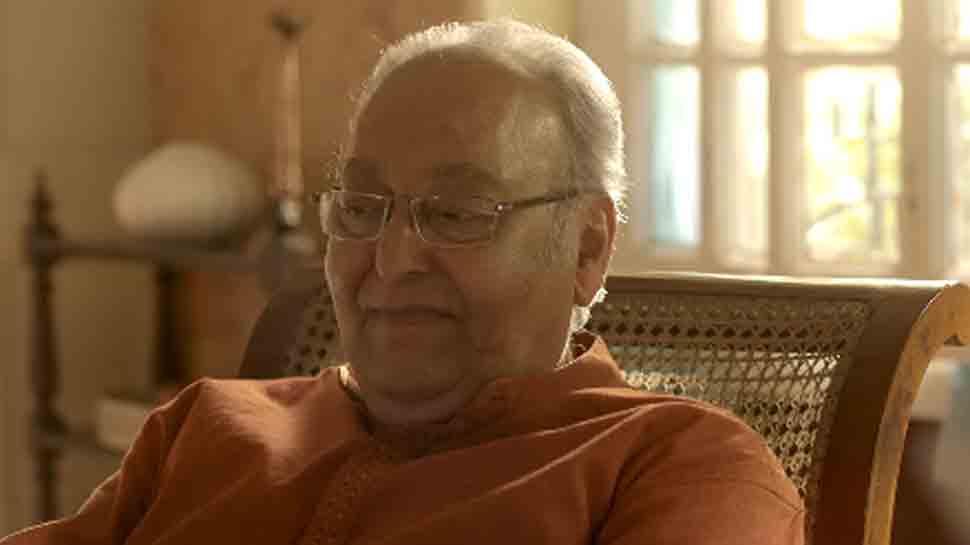 Chatterjee, who had acted in 14 of Ray`s films, said he felt "the happiest" when the director announced that he would cast him as the protagonist of his 1959 film `Apur Sangsar` (The World of Apu), the third film of the revered `Apu` trilogy.

"After coming to Kolkata, there was a time when I became an avid theatre watcher and had certain prejudices about films. But when I saw `Pather Panchali` in 1955, my views about films changed forever. It made me forget all my prejudices and fall in love with cinema," Chatterjee said at a session in Tata Steel Kolkata Literary Meet 2019 here.

Reminiscing his first interaction with Ray, Chatterjee said the auteur was extremely focused about minute details of the actors he used to cast and gave a lot of importance to their Bengali diction.

Chatterjee said he first met Ray when the director was casting for his film `Aparajito` (1956), the second part of the trilogy, but did not get a chance as the director was looking for someone who would look a little younger to suit the movie.

A couple of years later, Chatterjee was on cloud nine when Ray selected him for `Apur Sangsar`.

"When he said I will play `Apu` in the film, I was taken aback. I felt the pressure of that huge responsibility. But I never felt so happy before. I realised that I have reached the destiny," the veteran actor said.

Chatterjee, whose acting career now spans over six decades, said it was good that many of the then Bengali films were based on literary adaptations as it allowed the actors to play characters which are "much closer to life" and reach out to the larger audience.

"It is good that we had films based on literary adaptations during our time. The Bengali literature has always been very rich in quality. So it worked like a safety valve for us (the actors) as we were able to play characters which had a semblance of life," he noted.

"If our films were based on something completely outlandish, then it would have been difficult to reach out to the larger audience," he said.

Hailing Bengali director Tapan Sinha, Chatterjee said: "Sinha had great love for acting. He understood the discipline of acting very well. I have learnt considerably from him".

Among other panellists in the session, Bangladeshi filmmaker Mostofa Sarwar Farooki said cinema in his country did not have a "proud past" as in the early years the directors blatantly copied the films made in Kolkata and Mumbai, but was confident that the country has a bright future in filmmaking.

"We do not have a past. But we most certainly have a bright future in terms of film making in Bangladesh. Now a days, more promising directors are coming up, who are not afraid to come up with what`s original and real," he added.

My first love has always been films: Rasika Dugal