People are waiting for me to fail: Kangana Ranaut

Kangana Ranaut has battled her way facing sexism, harassment and heartbreaks to emerge as one of the most powerful contemporary leading stars and the actor believes there are people waiting for her to fail. 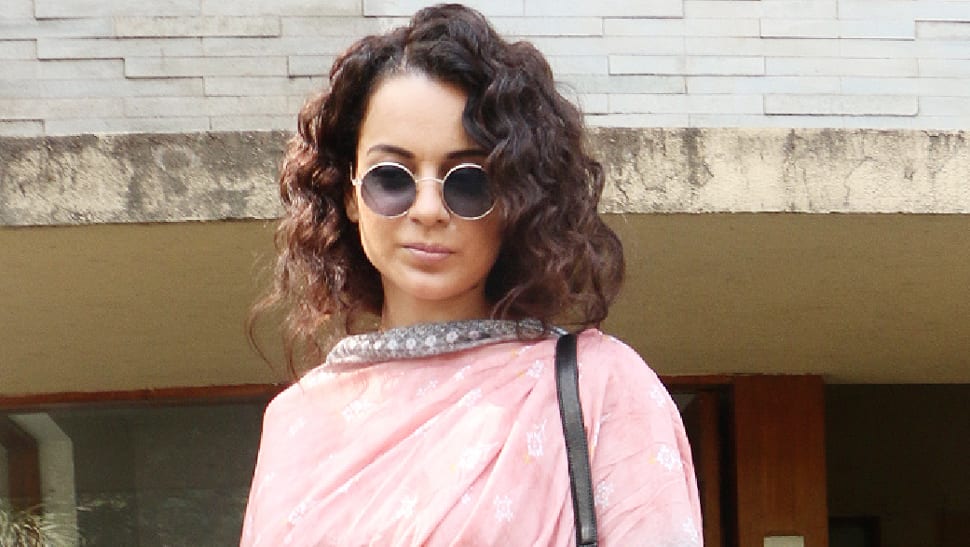 Mumbai: Kangana Ranaut has battled her way facing sexism, harassment and heartbreaks to emerge as one of the most powerful contemporary leading stars and the actor believes there are people waiting for her to fail.

Kangana established herself by playing characters dealing with emotional turmoil in her earlier films like "Gangster", "Woh Lamhe" and "Fashion", before gaining stardom with "Queen" and subsequently headlining powerful women oriented movies.

Though she delivered hits and cemented her position, Kangana's crashing of recent projects "Simran" and "Rangoon" were more talked about.

"I do feel there are people waiting for me to fail," Kangana told PTI.

"That there are people who are waiting to to prove to themselves that she's not a real deal, to make themselves feel better. My failure is important to them."

The 31-year-old actor, known to speak her mind, said while a certain section will look at her in a particular light but her world view is extremely positive and she wouldn't change that.

"Even though I can realise or feel, I can never be like them or feel through them. I understand their cynicism but I can never be them. Personally, I've never waited for anyone to fail. That's why I think I could do what I did in my life.

"That inherent positivity that I have in me. I praise everyone regardless of who they are or what they think of me is actually something I live by. I'm not a double faced person. What others feel I'm not concerned about that," she added.

Kangana is currently gearing up for her ambitious epic-drama "Manikarnika: The Queen of Jhansi".

The actor underwent a rigorous and "exhaustive" physical and emotional exercise to tap into the character of Rani Lakshmibai, one of the key leaders in the Indian Rebellion of 1857.
Things changed, however, when she had to also turn director after the original helmer, Krish, was not available to re-shoot a chunk of the project.

Kangana said she was aware when the news dropped that she will now helm the project, there was wide spread skepticism around her.

"When the studio is investing money, I must've shown them some caliber because nobody will put money on anyone. If the entire team, the writers?who are India's best? are ready to work with me, it's beyond me why people get so touchy," she said.

Kangana added that most of it could be "deep rooted sexism" which invited the amount of doubt on whether she could direct the film.

"I'm just a new director on the block, what's the big deal? I see there is a lot of sexism involved in this- a woman, doing an epic action film and directing it. That's something even Hollywood was struggling with.

"When 'Wonder Woman' came people were like 'oh a woman director making an action film' but when the film worked well, they all praised a woman pulling this off. There is clearly a deep rooted sexism," she added.

The "Tanu Weds Manu" star is currently "neck deep" in the final stage of the film?from readying the print for international delivery to fixing last minute sound hiccups.
Kangana said the process of directing the film became challenging as she didn't dive in thinking she would also be helming it at some point.

"I wasn't prepared for it. If I was, I am the kind of person who plans to the final dot and with utmost discipline. I don't like accidental things. If I shot for 45 days, I prepped for four months.

"The last few days have been intense because I am doing someone else's job. This gets difficult for me, not my own job," she said.