Pics from Ajay Devgn and Kajol's family vacay in the mountains

Kajol recently shared pictures from their exotic vacay where the family is seen having a great time relaxing and rejuvenating on the hills. 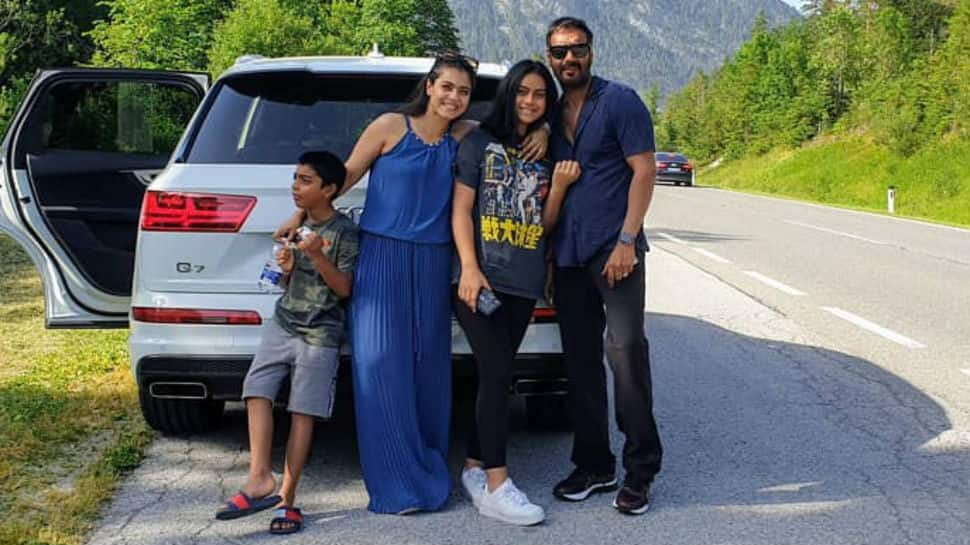 New Delhi: Taking time out from their busy schedule, Bollywood`s power couple Ajay Devgn and Kajol along with children Nysa and Yug have headed for a family vacation.

Kajol recently shared a picture from their exotic vacay where the family is seen having a great time relaxing and rejuvenating on the hills.

In the picture, Ajay and his son Yug can be seen lying in the swimming pool with a magnificent picturesque landscape in the background.

"Thinking about all this glory surrounding us ..... somewhere in the mountains," the actor captioned the picture on Instagram.

Thinking about all this glory surrounding us ..... somewhere in the mountains.

Sometime back the `Helicopter Eela` actor shared an adorable family picture from the road trip. While Ajay kept his look casual in a blue shirt and black jeans, Kajol opted for a long blue jumpsuit. Whereas their children, Nysa and Yug kept it comfortable in casuals.

Meanwhile on the work front, Ajay who was last seen in `De De Pyaar De` will next feature in `Bhuj:The Pride of India` where he will essay the character of Squadron Leader Vijay Karnik who was in-charge of Bhuj airbase during the 1971 war, which remained operational despite facing heavy bombing from Pakistan.