The cast, which also consists of Sara Ali Khan, and crew of the film have been given plastic-free sippers. 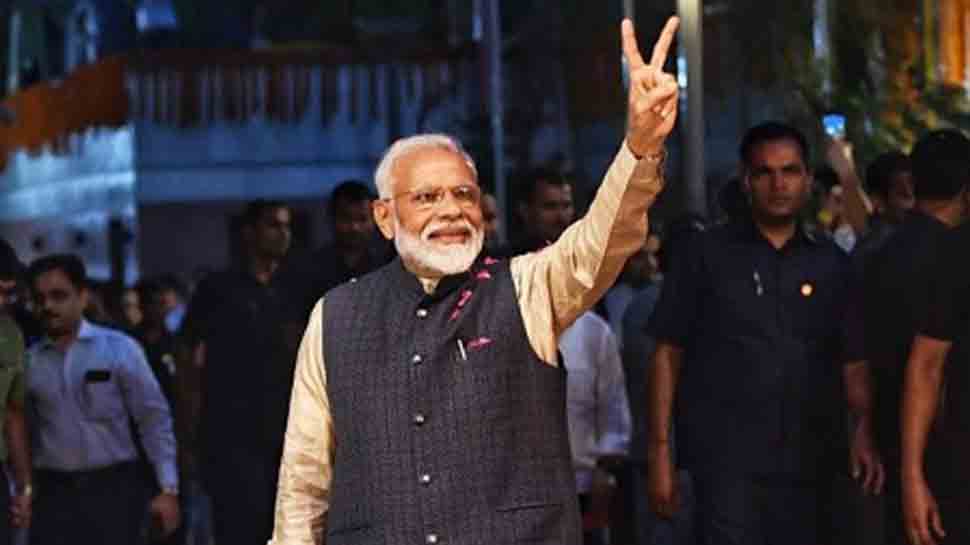 Mumbai: Prime Minister Narendra Modi is happy with the team of filmmaker David Dhawan's "Coolie No. 1" for opting for a plastic-free environment on the sets after actor Varun Dhawan said only steel bottles were to be used on the sets.

"Being a plastic-free nation is the need of the hour and great initiative taken by our prime minister and we can all do this by making small changes. The sets of #CoolieNo1 will now only use steel bottles. @PMOIndia," Varun had tweeted on September 1.

Replying to his tweet on Thursday, Modi said: "Superb gesture by the team of #CoolieNo1! Happy to see the film world contributing towards freeing India from single-use plastic."

Superb gesture by the team of #CoolieNo1! Happy to see the film world contributing towards freeing India from single use plastic. https://t.co/bPXFgHz2I4

Modi on September 10, called for a global boycott of single-use plastic at a United Nations event in Greater Noida. "I think the time has come for the world to say Good Bye to single-use plastic," said Modi to loud cheers from members of the world body.

The cast, which also consists of Sara Ali Khan, and crew of the film have been given plastic-free sippers.

"Coolie No 1" is produced by Vashu Bhagnani, Jackky Bhagnani and Deepshikha Deshmukh, who said: "Going #Plasticfree on #CoolieNo1. One sip at a time - hope we inspire many #BeatPlasticPollution #StayHydrated. Thank you to the Coolie-est Team for making this happen."

Why Anna Faris was banned from New Zealand in 2010?