Police made a fool of Tanushree Dutta in 2008 by not naming Nana Patekar, Ganesh Acharya in FIR: Lawyer

A complaint was filed at Mumbai's Oshiwara police station against Nana Patekar and choreographer Ganesh Acharya. 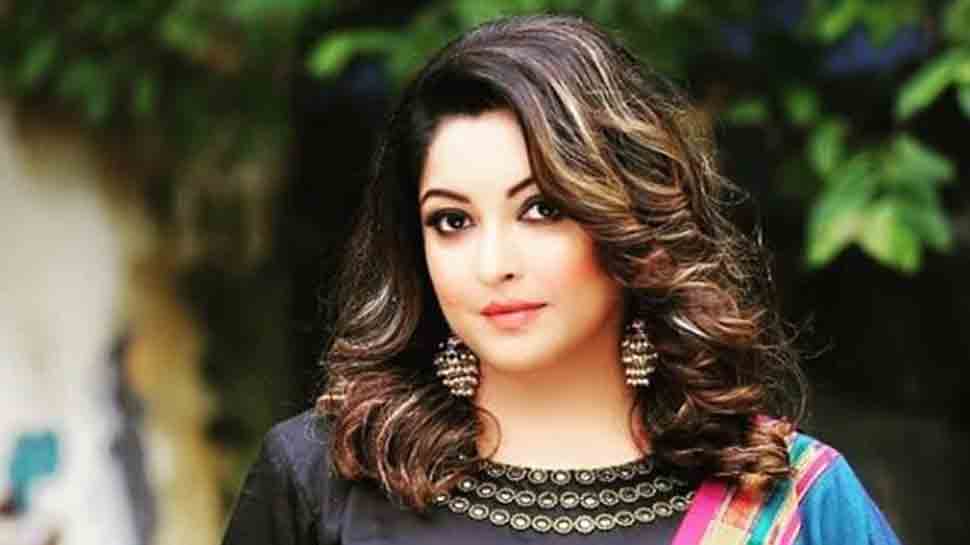 New Delhi: Tanushree Dutta, who accused Nata Patekar of sexually harassing her on the sets of her film 'Horn Ok Pleassss' in 2008, has finally taken the legal route. The actress registered a complaint against Nana at Mumbai's Oshiwara police station on Saturday.

She also named choreographer Ganesh Acharya in her complaint.

She confirmed the news with a post on her Twitter handle with a caption that read, "Today filed a complained in Oshiwara police station, in connection with 2008 movie set incident against Nana Patekar and Ganesh Acharya".

Today filed a complain in Oshiwara police station, in connection with 2008 movie set incident against Nana Patekar and Ganesh Acharya.

As of now, the police have not registered an FIR in the case.

In the meantime, on being asked what took Tanushree over 10 years to file a complaint on the matter, advocate Nitin Satpute told news agency ANI that the actress had tried to register a case against Patekar, Acharya and director Rakesh Sarang and producer Sami Siddiqui in 2008. However, the police made a fool of her by registering only a case against the incident of attack on her vehicle. The police didn't mention anyone's name in the complaint.

"Since Tanushree didn't know Marathi, she was unaware of it. Moreover, she was also in depression due to the harassment that she had undergone due to these people. Now that she has recovered she decided to take action and registered a case against them," Satpute said.

"The case has been registered under Section — 354, 354 (A), 34 and 509 of the Indian Penal Code. We have all evidence of the incident and we will move to High Court if proper action is not taken by the police," he said.

Tanushree Dutta had tried to lodge an FIR against Nana Patekar, Ganesh Acharya&the director&producer of the movie in '08 but police made fool of her by registering a case only against the incident of attack on her vehicle&didn't mention anyone's name: N Satpute,Tanushree's Lawyer pic.twitter.com/SkhRkHrCoe

Since she doesn't know Marathi she was unaware of it. Moreover, she was also in depression due to the harassment that she had undergone due to these people. Now that Tanushree has recovered she decided to take action&registered a case against them:Satpute,Tanushree Dutta's Lawyer pic.twitter.com/yZ9iabubpJ

The case has been registered under section - 354, 354 (A), 34 and 509 of IPC. We have all evidence of the incident and we will move to High Court if proper action is not taken by police: Nitin Satpute, Tanushree Dutta's Lawyer pic.twitter.com/aSHH7EfXoO

Satpute further said that during the shooting of a special dance number, Patekar was touching Dutta inappropriately on the pretext of teaching her some steps.

According to PTI, Dutta, in a letter, said that before shooting the song, which was supposed to be a solo song picturised only on her, she had clearly mentioned that she will not enact or perform any lewd, vulgar or uncomfortable steps. However, on the fourth day of the shoot, Patekar's behaviour was inappropriate as he was grabbing her by the arms and pushing her around on the pretext of teaching her some steps, the complaint said.

"When he was touching me indecently and unnecessary I felt very uncomfortable because of his behaviour, I felt he has outraged my modesty," the letter read. Dutta even complained to the choreographer, producer and director hoping some action would be taken and everything would be fine. But to her surprise, new steps were introduced by Acharya, which were intimate and included Patekar touching her inappropriately, she alleged.

The actor said she was being forced and pressurised to do the steps but after she refused, the producer threatened to defame her. "Everyone was taking the side of Patekar", she said. She then called her parents and manager, who questioned Patekar's actions. However, the producer refused to budge and Dutta had no choice but to leave the studio, the complaint said.

On the way out, her car was attacked but with the help of the police she managed to escape from the spot, it added. We were then taken to the police station and my statement was recorded but not as per the complaint. Many parts of my complaint were deleted, omitted and avoided, she alleged. She also lodged a complaint with CINTAA in March 2008.

"After the above incident I was under tremendous shock and I suffered psychological trauma and was unable to take work and suffered a huge monetary loss in crores," Dutta said in the letter.

On the other hand, Patekar, who arrived in Mumbai after finishing the Rajasthan shoot of 'Housefull 4' on Saturday, refuted the allegations levelled on him saying, "I have already said what I had to say 10 years back. Lie is still a lie."