Bollywood actress Pooja Bedi is holidaying with fiance Maneck Contractor in Goa. The actress took to social media to share stunning pictures from their vacation. 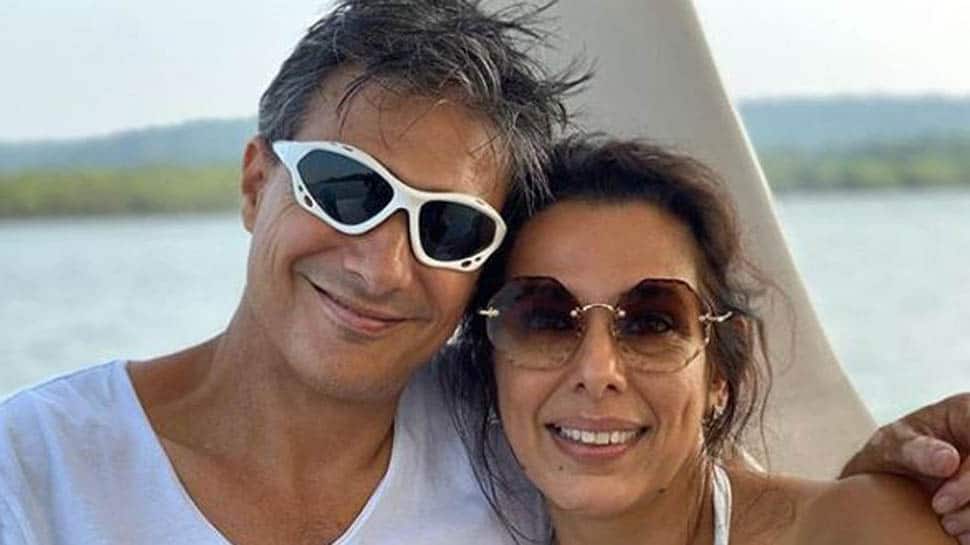 Sharing the pictures on Instagram, Pooja wrote, "The sport is called SUP .. and I’m doing double masti with fiancee @maneckofficial.”

In pictures, Pooja is seen donning a white bikini while Maneck flaunts his chiselled abs.

The actress shared another mushy picture and captioned it, “Unfiltered togetherness...”. In this picture, she has thrown a crochet jacket over her white bikini while Maneck looks dapper with his shades on.

Pooja Bedi got engaged to boyfriend Maneck Contractor on February 14, 2019.

Talking about her wedding, Pooja had told Bombay Times, "Our wedding will take place later this year when we align dates of Aalia's shoot and my son Omar's college holidays."

"I got divorced on February 14, 2003, and got engaged on February 14, 2019. I have had relationships in between and my kids have liked every person that I have been with. But it is very different with Maneck - they adore him and want him in our lives forever. Our families have merged beautifully. He has a wonderful open-hearted, jovial, Parsi family, who welcomed me," Pooja Bedi told the publication.

The 48-year old actress was earlier married to Farhan Furniturewalla. The couple divorced in 2003 and have two children Aalia and Omar.