'Posham Pa' doesn't tempt us to invest in its scummy characters 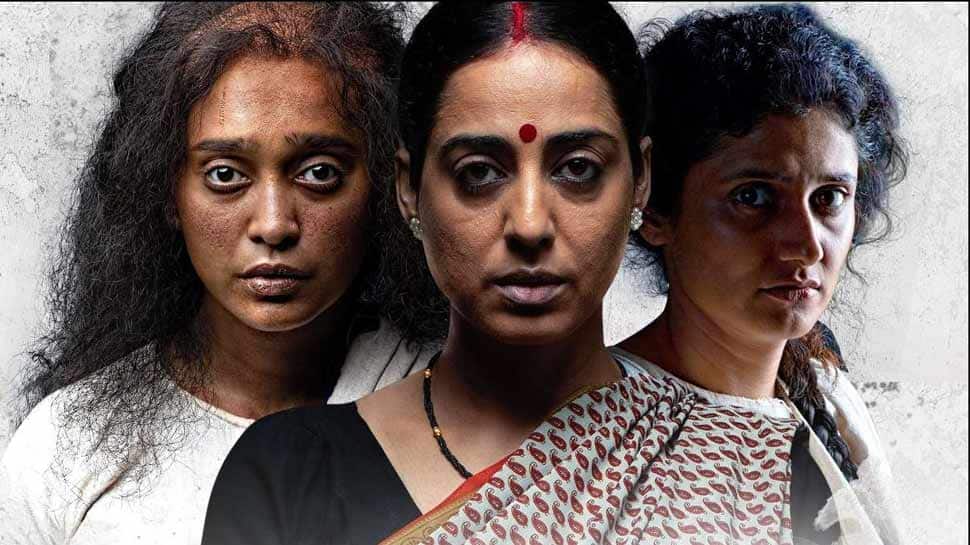 It is heartbreaking to see how much Sayani Gupta and Mahie Gill have invested into their characters of a sociopathic daughter and mother brainwashed into a life of bloodied crime, in a demoniacally dysfunctional family.

In spite of uniformly competent performance, "Posham Pa" fails to tempt us into investing 80 minutes in characters who are so reprehensible that there should no attempt to humanise them through any popular media. Director Suman Mukhopadhyay and his writer, the talented Nimisha Misra, do just that. They want us to feel sorry for this trio of mother and two daughters who went on killing spree butchering innocent little street children with a temerity that should shake us.

Here, it just revolts us. The moral ambiguity in the narrative is far more disturbing than the visuals of actress Mahie Gill, eyes flashing and bosom heaving, running with a rock to smash little children's bewildered faces. Gill looks like a woman who had just been denied the benefits of a discount sale at a shopping mall.

I mean, yuck! We are supposed to feel sorry for this psychotic woman because, well, we as a society failed her by not providing Prajakta(Gill) and her daughters Regha (Sayani Gupta) and Shikha(Ragini) enough to eat. So they have the right to embark on a slaughtering spree?

"Posham Pa" is not just a hideously misguided morality tale, it is also a totally unnecessary and uncalled-for slice-of-life cinema. Why did we need a film on this twisted murderous trio who seem to be motivated not by a desperate poverty (much as we are persuaded into believing that to be the cause of their criminal activities) but a perverse pleasure in taking innocent lives? Kill them, I say. And let's move in life hoping such scummy elements don't come back to slur our wounded civilisation.

The redeeming quality in this irredeemably aimless crime drama are the performances -- especially by Sayani Gupta, whose look of wretched despair haunted me even as I spluttered out of this claustrophobic film. Mahie Gill does her utmost to convince us of how evil her character is. Ragini Khanna as Murder India's other daughter is sufficiently sombre, considering the family her character belongs to.

Predictably, there are a pair of journalists chasing the psychotic family's story. The couple has a highly unconvincing tension built around its relationship. The talented Imaad Shah who plays the Sikh investigative journalist deserves better. So do we. As for the mother and daughters' trio, hell , they deserve nothing except capital punishment. Not even this film.