Amy and her fiance George Panayiotou are expecting their first baby together. 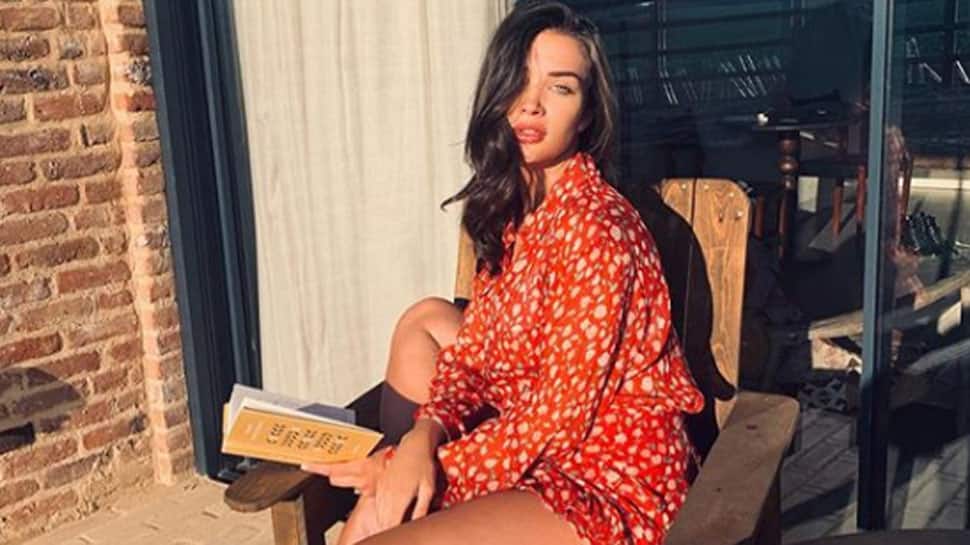 New Delhi: The stunning British beauty Amy Jackson announced her pregnancy sometime back on social media. The gorgeous momma-to-be attended an event recently and flaunted her baby bump in style. She rocked a tangerine dress and the preggers glow made her look beautiful.

Amy captioned the click: “What a spectacular #PronoviasFashionShow Congratulations Amandine and the entire @pronovias team.”

What a spectacular #PronoviasFashionShow Congratulations Amandine and the entire @pronovias team

Amy and her fiance George Panayiotou are expecting their first baby together.

Earlier, reports were rife that the duo is planning to have a big fat Greek wedding in 2020 and that Amy is likely to make the UK her love nest after marriage. However, nothing has been announced by the couple as yet.

The drop-dead gorgeous Amy Jackson made her debut into movies with director A L Vijay's Tamil period-drama Madrasapattinam in 2010. She went on to star in several hit films in Tamil, Hindi, Telugu and Kannada languages.

She was seen in Ekk Deewana Tha, Singh Is Bliing and more recently in megastar Rajinikanth and Akshay Kumar starrer '2.0'. She also acted in 'The Villain'—a Kannada venture.

Amy got fame for playing the Saturn Girl on the third season of The CW's superhero series, Supergirl.

She has not taken up any new projects and is enjoying her pregnancy.