Prince Harry and Meghan Markle, the Duke and Duchess of Sussex have completed one year of togetherness, one year of bliss! 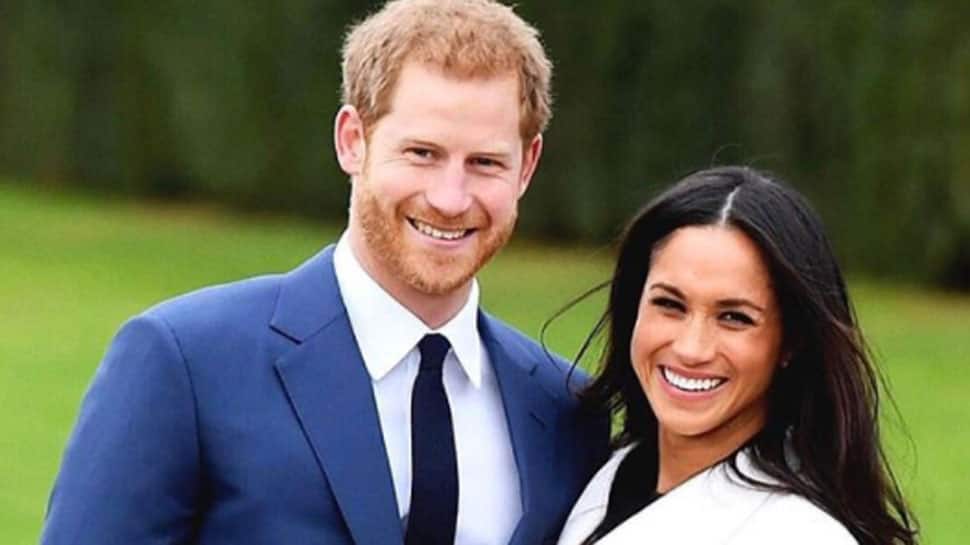 New Delhi: Prince Harry and Meghan Markle, the Duke and Duchess of Sussex have completed one year of togetherness, one year of bliss!

The official Instagram handle of the royals congratulated them on their first anniversary with a small clip featuring pictures of the couple.

The clip incorporated a beautiful collection of monochrome images of the Royals on their wedding day which was accompanied by a heartfelt message which read, " Happy one year anniversary to Their Royal Highnesses, The Duke and Duchess of Sussex! Today marks the one year anniversary of the wedding of The Duke and Duchess of Sussex.

"Their Royal Highnesses exchanged vows at St George`s Chapel within the grounds of Windsor Castle on May 19th, 2018," it continued. Mentioning the song that the couple opted for their recessional, the post read, "The selected song "This Little Light of Mine" was chosen by the couple for their recessional. We hope you enjoy reliving this moment and seeing some behind the scenes photos from this special day.""A message from The Duke & Duchess: Thank you for all of the love and support from so many of you around the world.

Each of you made this day even more meaningful," the post concluded. Prince Harry and Meghan Markle were announced man and wife last year at the Windsor Castle.The royal couple welcomed a baby boy on May 6 ahead of their first anniversary. The baby`s name - Archie Harrison Mountbatten-Windsor- was revealed on the official Instagram account of the UK royals. (ANI)