This time around, it was Meghan, who is carrying a baby and is due to deliver this month. 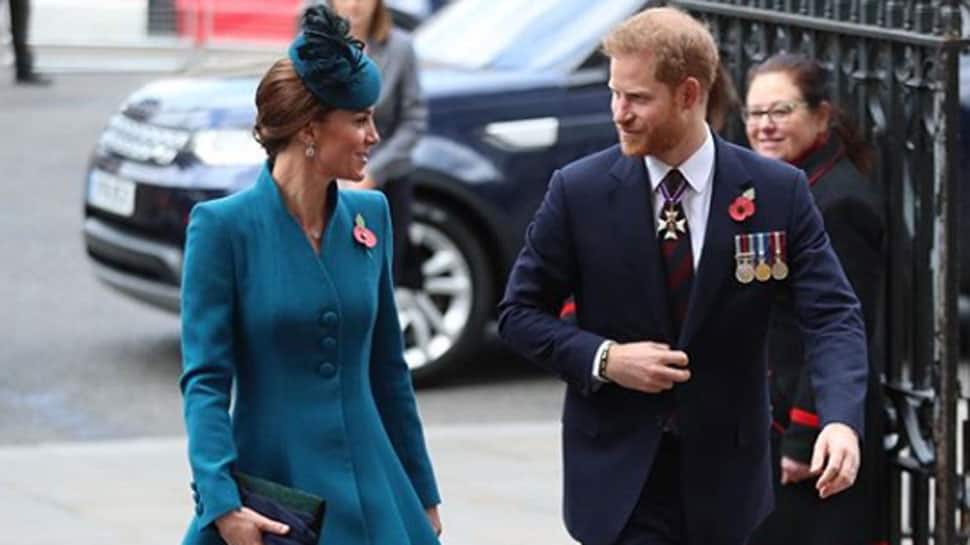 London: Putting speculations of a rift between the royal siblings especially their better halves to rest, Kate Middleton and Prince Harry on Thursday made a surprise appearance together at the ANZAC service at the Westminster Abbey.

Last year it was Harry and Meghan at the service, who were joined by Prince William, as the new mother Kate had skipped it.

A picture of the two royals was posted in social media site Instagram, some hours after Meghan's baby bump in purple and royal red robe, peeped on the site, checking out excitement on the new royal's arrival.

This time around, it was Meghan, who is carrying a baby and is due to deliver this month.

Last week, on Queen Elizabeth's 93rd birthday, Kate was reported to have snubbed her sister-in-law in her mentions, amid media reports of a steady decline of matters between the two.