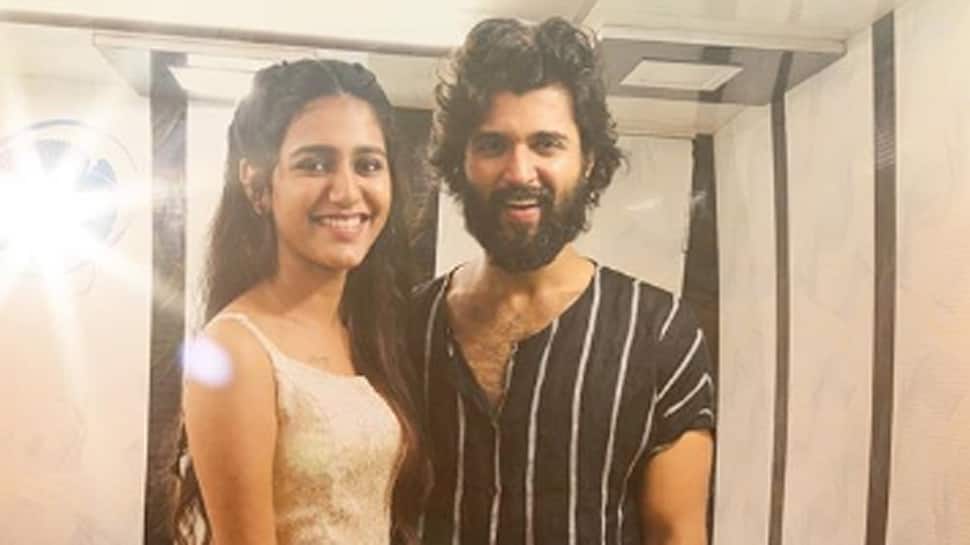 New Delhi: Social media sensation Priya Prakash Varrier recently met 'Arjun Reddy' Vijay Deverakonda and how the two not click a picture. The wink girl and superstar Vijay look adorable in the photo which was shared by Priya on Instagram.

The picture has been liked by 239,153 users so far and the number is sure to increase. Check it out here:

She wrote in the caption in Telugu: “Nuvvante naaku chala ishtam” which in English means, “I like you a lot”.

Well, the picture is sure to go viral on the internet and why not? When two popular celebs capture the freeze-frame moment, it is bound to interest the people.

Priya became an overnight sensation after clipping of the song 'Manikya Malaraya Poovi' from her Malayalam film 'Oru Adaar Love' went viral. Her wink in the song won a million hearts.

The Malayalam film was also dubbed in Telugu and Kannada respectively.

Vijay Deverakonda got immense fame after 'Arjun Reddy' became a blockbuster hit in 2017 and got him several accolades including Filmfare Award for Best Actor in Telugu cinema.

His last release 'Dear Comrade' has again received all the love from fans and critics, once again taking him up a notch on the success ladder.