Priyanka Chopra, Nick Jonas set major couple goals as they step out for romantic evening in Paris — Check out pics

Priyanka displayed her svelte figure in a black ensemble as they heads for a dinner outing with hubby Nick Jonas in Paris. 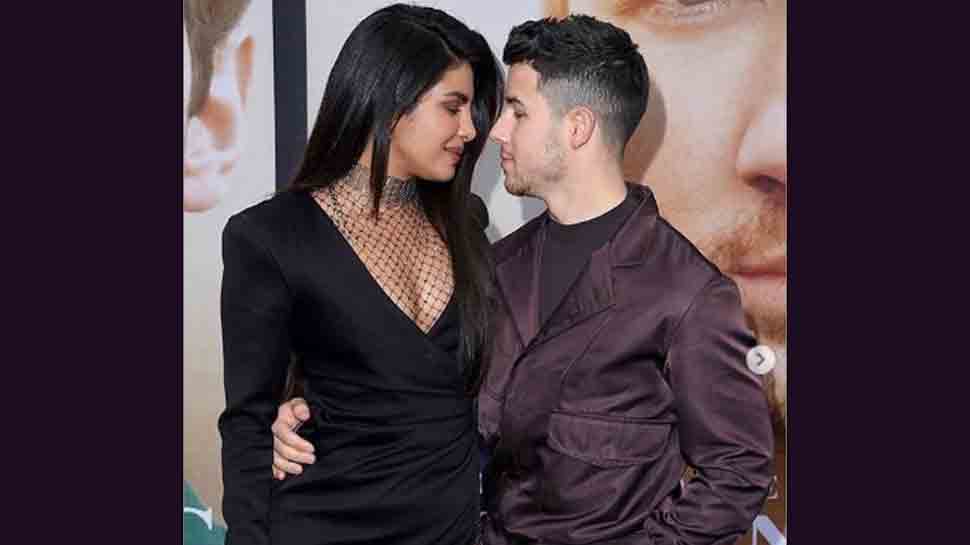 New Delhi: Star couple Priyanka Chopra and Nick Jonas are in Paris ahead of Sophie Turner and Joe Jonas' French wedding during the weekends. The lovebirds have been touring the city with their entourage and are giving some major fashion goals with their outfits.

In their latest pictures from Tuesday evening, the Jonas couple slayed hearts as they stepped out together, colour-coordinating with each other, in nothing but black. And the couple looked absolutely royal in their latest outing.

PeeCee looked stunning in a figure-hugging off-shoulder ensemble and Nick complemented her in a casual black tee and black trousers. The actress was seen carrying a compact, black box-like bag, adding another statement to her overall look. Also spotted was Priyanka's mother Madhu Chopra, who looked graceful in a new hairdo.

An epitome of beauty , grace and elegance

And their colour-coordination game has got us going whoa!

In another picture, shared by a fan club, PeeCee steals the limelight as she flaunts some skin in a white crop top and pink co-ord set. Nick vowed in striped tailor tee and black trousers and an ivory-coloured jacket.

Earlier, the duo was seen putting on a show of love as they stepped out for sightseeing over the weekend. Later, they took a little cruise on the Seine river in Paris and were seen shaking a leg with their friends.

Speaking of Sophie Turner and Joe Jonas, they had their first wedding in May. They married in a surprise ceremony in Las Vegas hours after the Billboard Music Awards. The couple was married by an Elvis impersonator.

The duo is all set to tie the knot again, in an official wedding ceremony in France during the weekends.

I live the most regular life ever: Tom Holland