After getting hitched to international singr Nick Jonas in a lavish wedding in 2019, Priyanka Chopra had changed her surname on social media by adding 'Jonas' to it. 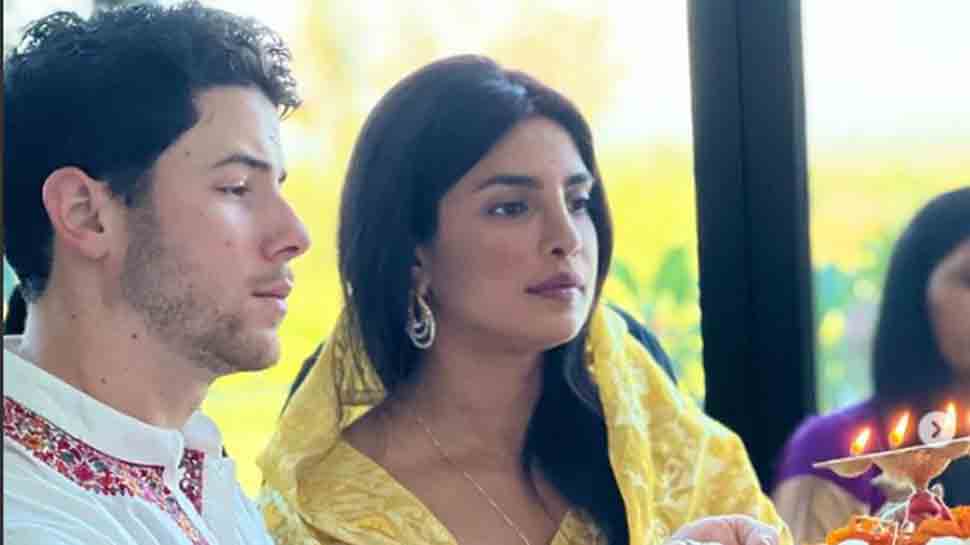 New Delhi: Bollywood's 'Desi Girl' and global icon Priyanka Chopra and international singer Nick Jonas are undoubtedly couple goals for their millions of fans. The duo always grabbed attention with her love-filled posts for each other. In fact, their vacation pictures showed the duo being head over heels in love with each other. However, Priyanka left her fans and followers in complete shock on Monday (Nov 22) after she dropped both her surnames - Chopra and Jonas' on her social media accounts.

While there has been no reaction from the actress or her team, but this has led to a lot of speculation among her fans. In fact, some of them are speculating if everything is fine in the paradise of Priyanka and Nick Jonas. Fans who lovingly called the couple 'NickYanka' could not keep calm and have left them worried.

One of the users wrote, "was gonna say there’s no way Nick and Priyanka broke up bc they were just together for Diwali at the beginning of the month but i guess i thought the same for s and c and well."

Only recently, Priyanka had shared a series of photos with Nick Jonas where she was seen sharing a warm embrace with her husband.

Priyanka Chopra and Nick Jonas tied the knot in a dreamy wedding on December 1, 2018 at Umaid Bhawan Palace in Jodhpur. The couple had two ceremonies, one Christian and one Hindu, to honor each of their families' traditions. After getting hitched to Nick Jonas, Priyanka changed her surname on social media by adding 'Jonas' to it.

In fact, the couple recently bought their new house together and celebrated their first Diwali in it. The actress even shared photos of celebrations from her new house. However, her latest move - of removing both her surnames, has left her fans worried, and rumours of their separation have started doing rounds on the internet.

Zee Top 10: Amit Shah's meetings in UP from January 23 - Sources