Priyanka Chopra returns to Mumbai after shooting for 'The White Tiger' in Delhi. She was spotted at the airport and was seen wearing a white shirt and grey jeans.

New Delhi: Global star Priyanka Chopra has time and again left us wonderstruck with her outfit choices. The actress is a big name in Bollywood and Hollywood as well and has fans all over the world.

Priyanka was busy shooting for Netflix film 'The White Tiger' in Delhi and was snapped returning to the bay on Thursday.

She looked stunning in a classic white shirt and faded ash grey jeans. Yes, jeans and a white t-shirt is an evergreen combination but Pee Cee made it look uber cool by pairing her outfit with large sunnies and wavy, short hair. And let's not miss that golden footwear highlighting itself! 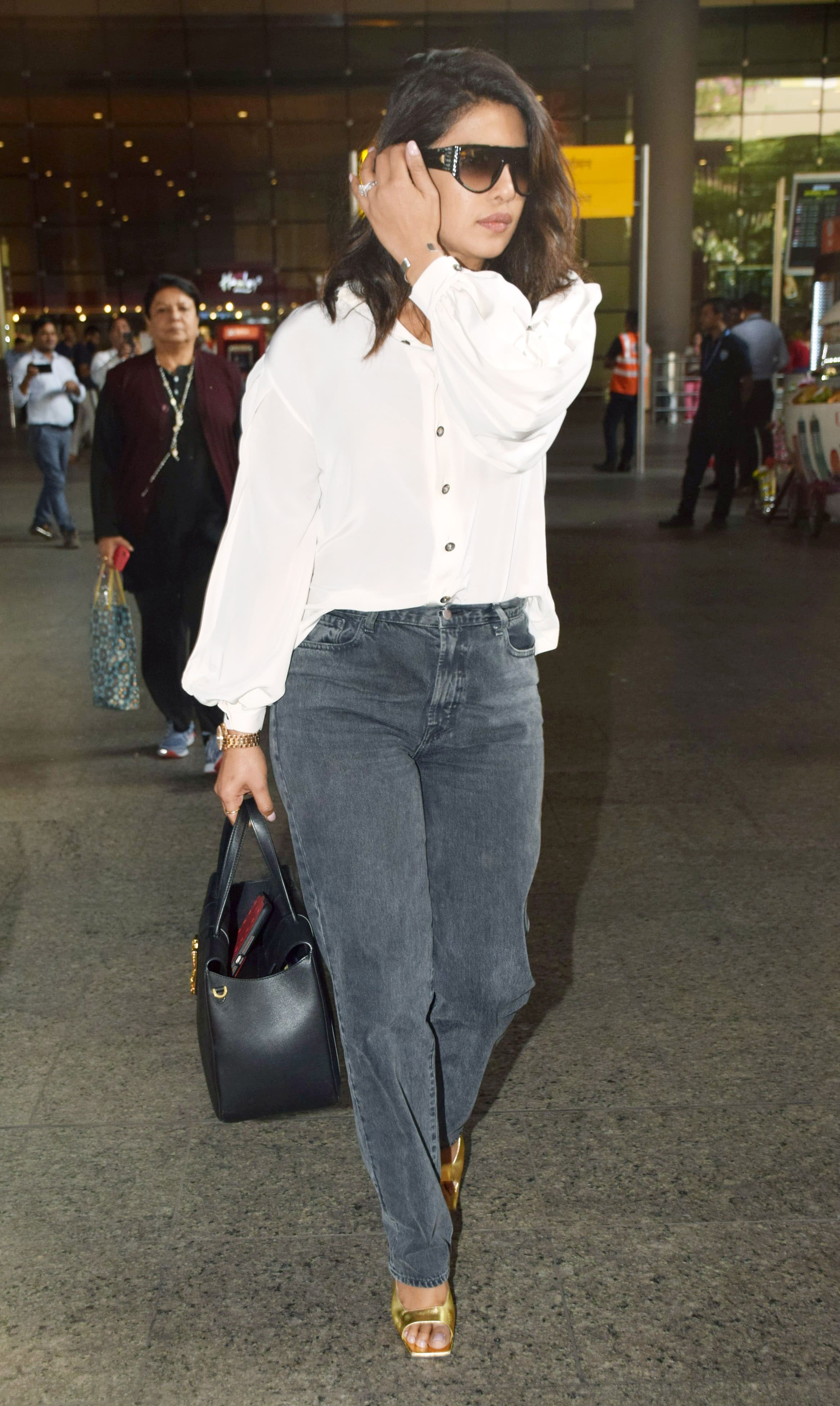 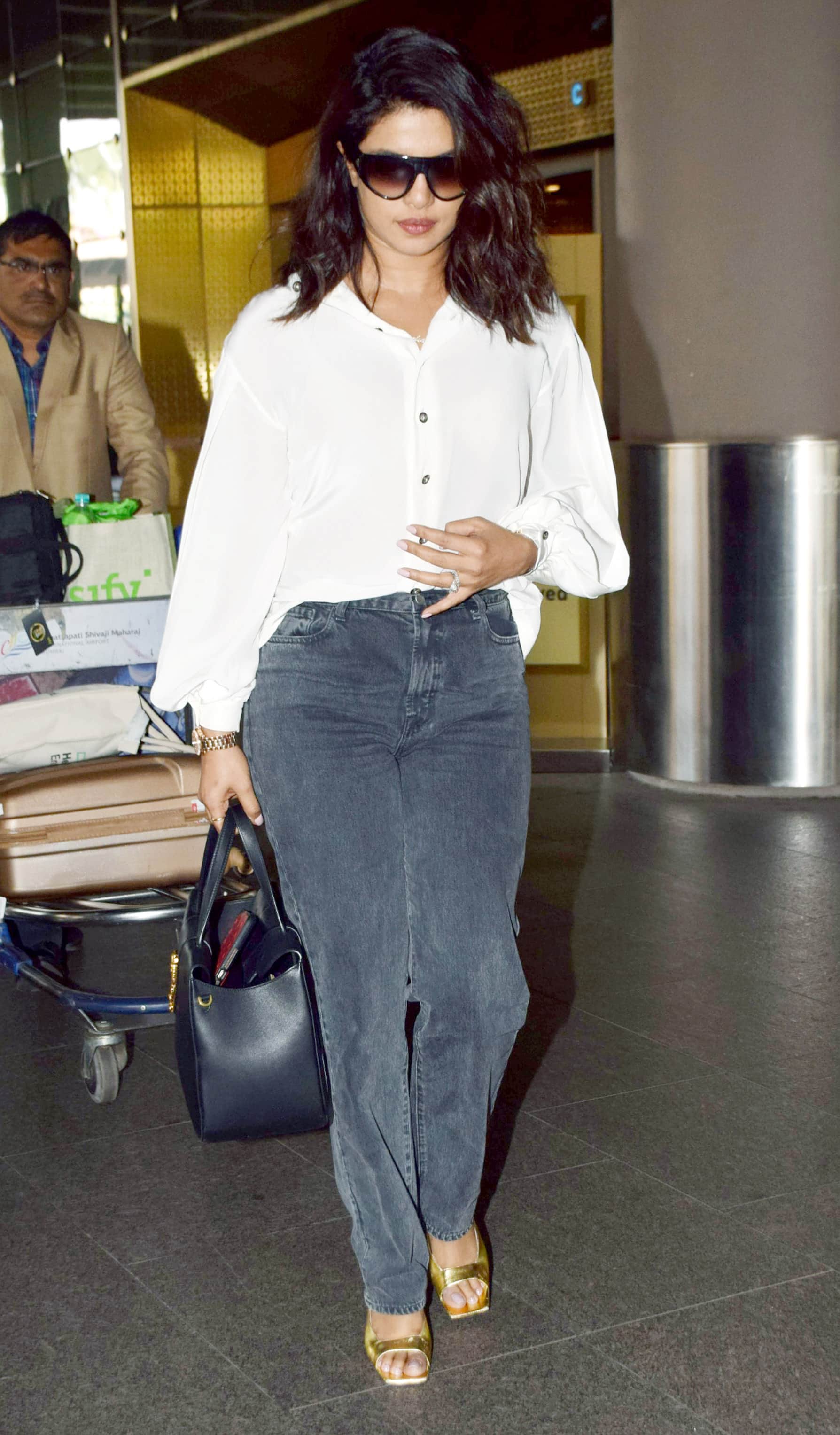 On the work front, Priyanka was recently seen in 'The Sky is Pink' along with Farhan Akhtar, Zaira Wasim and Rohan Saraf.

The film has been directed by Shonali Bose and is based on the life of Aisha Chaudhary, who was diagnosed with pulmonary fibrosis. The film's trailer was packed with intense emotions, taking fans' excitement up a notch.

Up next, she will be giving life to animated character Elsa in Hindi version of Disney's 'Frozen' 2 apart from sharing screen space with Rajkummar Rao in 'The White Tiger'.