Bollywood actress Priyanka Chopra and Farhan Akhtar can't their eyes off each other in the new still from their upcoming The Sky Is Pink. The actress shared the picture on her social media handle. 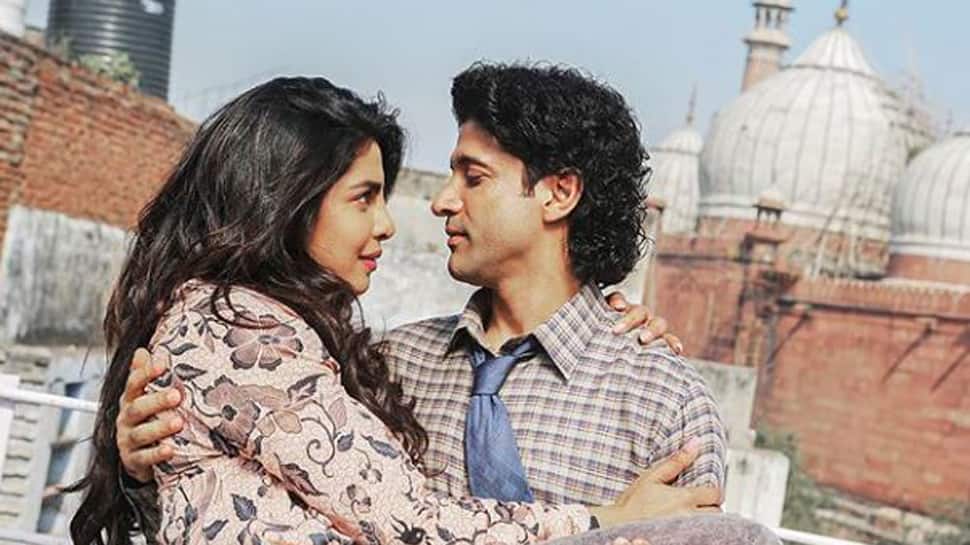 New Delhi: Bollywood actress Priyanka Chopra and Farhan Akhtar can't their eyes off each other in the new still from their upcoming The Sky Is Pink. The actress shared the picture on her social media handle.

Sharing the picture on Instagram, Priyanka wrote, "Made with love and so much more! "

The picture has the minarets of old Delhi acting as the perfect background to the whirlwind romance of Priyanka and Farhan.

Recently, in an interview with People.com, director Shonali Bose revealed how Nick teared-up on seeing her performing an emotional scene.

"We were out in the dark and she was doing a very, very intense scene and I heard a sniff and I suddenly turned and there was Nick standing next to me and he was just crying to see her be emotional. It was just the sweetest thing," Shonali said."

To which PeeCee added, "She goes, you made your husband cry, this is a great scene. It was really cute."

Priyanka will make her Bollywood comeback after a long hiatus of three years. The film revolves around the life of Aisha, who became a motivational speaker after being diagnosed with a deadly disease at the age of 13.The film also focuses on the love story of her parents played by Priyanka and Farhan.

The Sky Is Pink is co-produced by Priyanka, Ronnie Screwvala and Siddharth Roy Kapur. The film is all set to hit the big screens on October 11.