The actress has shared a heartfelt note for her younger brother. 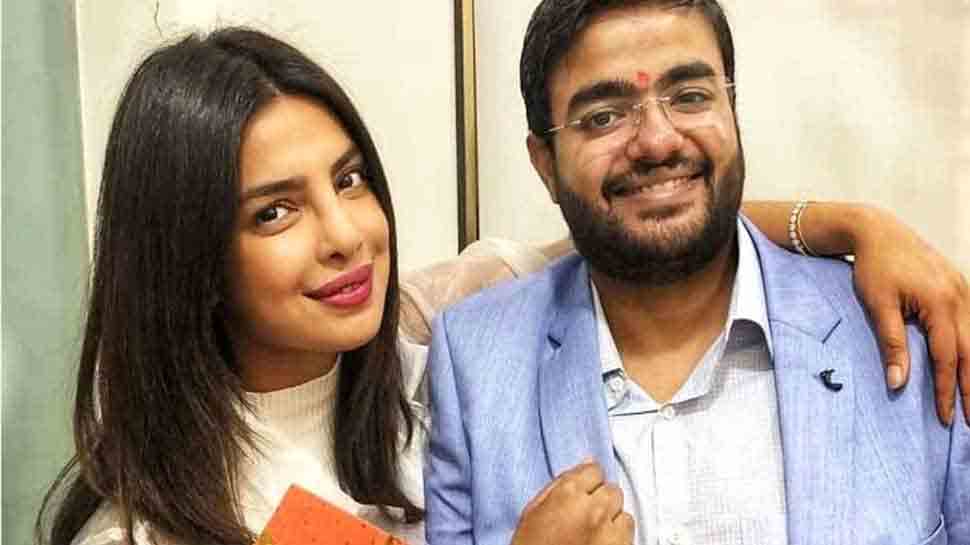 New Delhi: Priyanka Chopra is an avid social media user and apart from regularly sharing her pictures and videos, she quite often shares her thoughts and opinions on the latest happenings. She is also a proud sister and her many times, her posts have her shower love and support on her sibling Siddharth Chopra.

On Sunday, the 'Desi Girl' once again shared a heartfelt note to her younger brother praising him for his work and expressed her delight with the trailer of quirky-comedy film 'Khandaani Shafakhana'. She also wished good luck to the team.

Sharing the trailer of Sonakshi Sinha and Varun Sharma's upcoming film 'Khandaani Shafakhana', PeeCee wrote, "@Iamsidchopra so happy and proud of the work that you're doing on this film. So impressed by the trailer of #KhandaaniShafakhana! @sonakshisinha, @Its_Badshah, @varunsharma90. & team, good luck to all of u... Can't wait!" 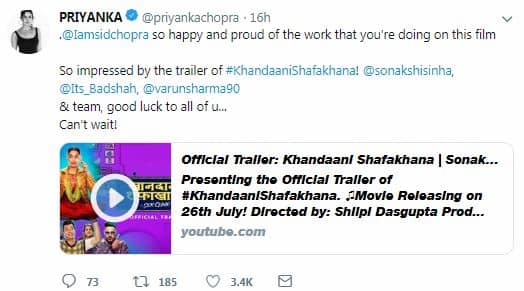 However, it remains unclear what capacity is Sidhdharth involved with the film, since his name doesn't feature anywhere in the credits.

On the work front, Priyanka is all set to make her comeback in Hindi cinema with 'The Sky Is Pink'. The film also stars Farhan Akhtar and Zaira Wasim and has been directed by Shonali Bose.