Promotions of 'The Sky is Pink' are going on in full swing and Priyanka Chopra took to Instagram to share her look from the same. 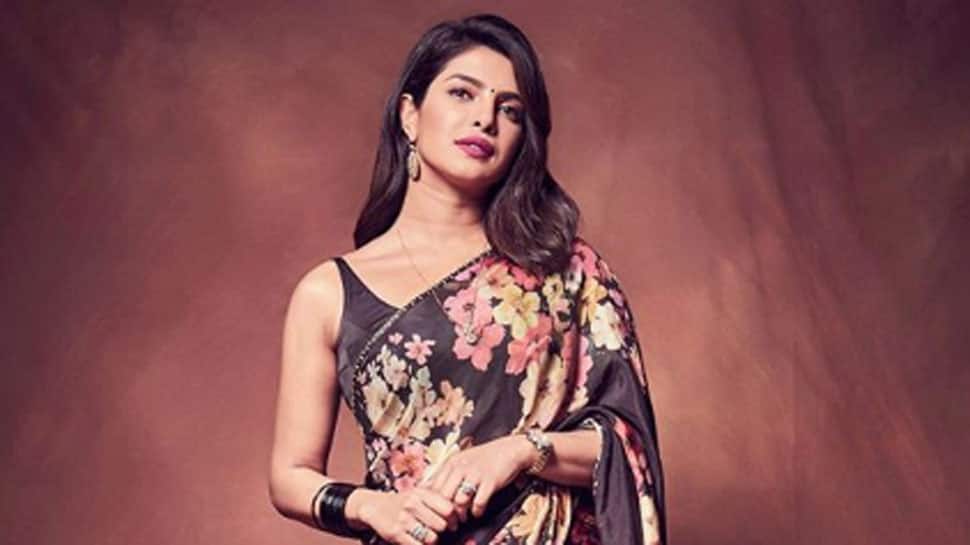 New Delhi: Global star Priyanka Chopra's upcoming Bollywood film 'The Sky is Pink' is high on the buzzword. The film's emotion-packed trailer was unveiled a couple of days back and Pee Cee's fans are thrilled about the same.

'The Sky is Pink' marks Priyanka's comeback into Bollywood after a hiatus and the makers are leaving no stone unturned to ensure that the film gets maximum footfall on day one.

The promotions are going on in full swing and Pee Cee took to Instagram to share her look for the same. In the first pic, the actress can be seen wearing a black, floral print Sabyasachi saree. She completes the outfit with matching accessories and looks like a true 'Desi Girl'!

In the second pic, the actress is seen in her chic avatar, donning a yellow jumpsuit.

The caption is, “#OOTD 1, #TheSkyIsPink promotions! In theatres Oct 11.”

Helmed by Shonali Bose, the film is based on the life of Aisha Chaudhary, who was diagnosed with pulmonary fibrosis.