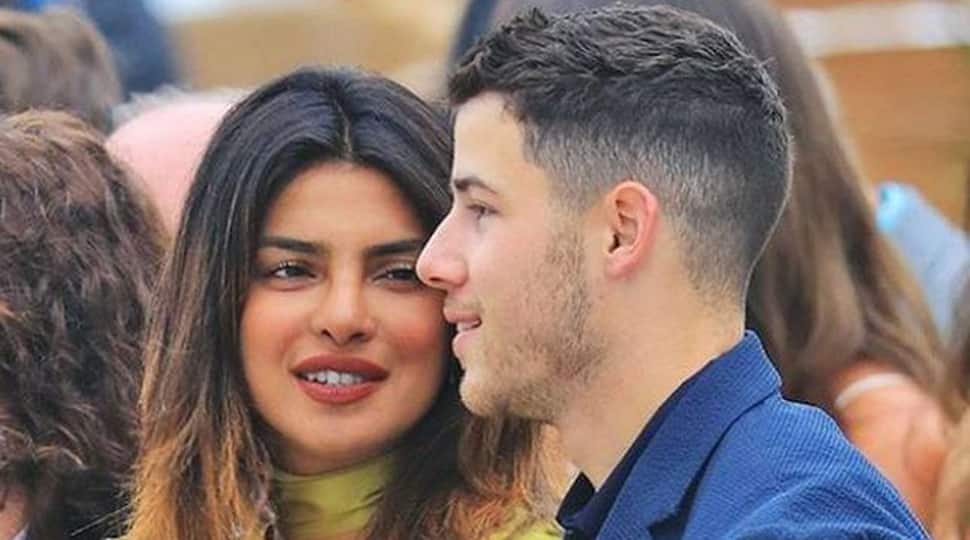 The couple was on Friday captured in the intimate moment by the paparazzi. Later, their photographs went viral on social media, reported dailymail.co.uk.

Priyanka and Nick were twinning in black uppers and blue denims.

After getting married in India in December last year, they both moved to a $6.5-million Beverly Hills home.

Priyanka gels well with Nick's family and has often been seen hanging out with them.

When on Friday, her sister-in-law Danielle Jonas wished their sister-in-law to be Sophie Turner on her birthday, the Instagram post did not go well with some social media users as they called her out for "shading Priyanka" with it.

Reacting to the comments, Danielle said she was not shading Priyanka in any way.

"Nope. No shade about Priyanka. It's just Sophie's birthday so I wanted to say happy birthday. I think everyone should stop with thinking that we don't like Priyanka. She is lovely. l am so over people trying to make a problem," Danielle added.

On the work front, Priyanka will be next seen in Shonali Bose's "The Sky is Pink", while Nick announced a few days ago that he is returning to the "Jumanji" franchise.