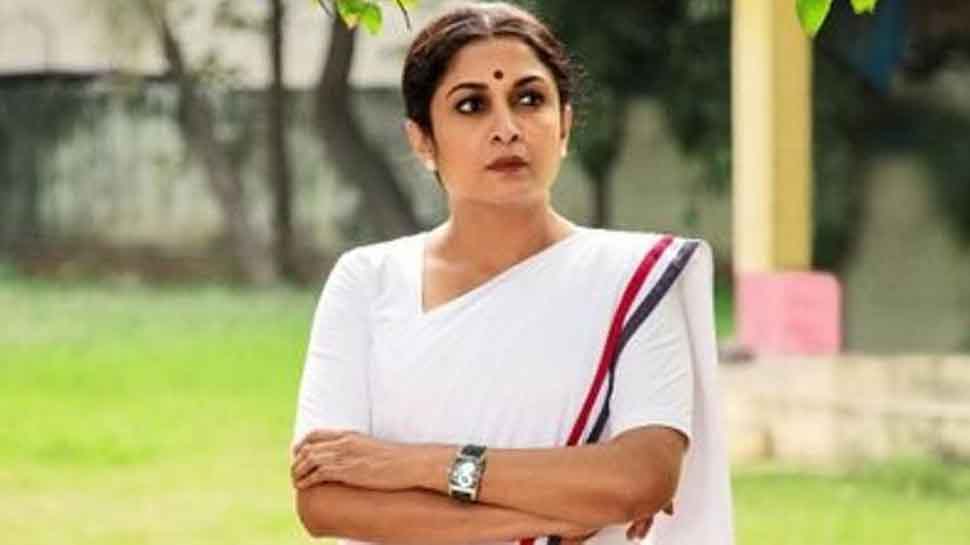 Having washed their hands off all claims to being a Jayalalithaa biopic, this web series, with as many dips curves highs and lows as the real character's life, can safely be assumed to take some interesting flights of fancy, even while putting on screen enough meat from the true mart to keep the consumer sniffing and admiring the offering on display.

As …errrr, Shakthi, Ramya Krishnan hits the right notes from the outset. She conveys all the gravitas, dignity and obstinacy of the original without trying look like the lady who lorded over Tamil hearts and minds for decades.

The series has some terrific moments from the protagonist's childhood where the troubled relationship of little Shakthi (played beautifully by Anikha Surendran) with her mother is captured in scenes that convey plenty without tripping over its own eagerness to satiate the audiences' curiosity about what really happened in Shakthi's childhood. The characters and forces that contributed to the making of the formidable 'Amma' are all here in the series, though many of the character are frightfully freed of nuance. They, nonetheless, constitute a vivid slide-show into the shadowplay of myth and reality exploring the woman behind the iron mask.

In the earlier episodes, I specially loved one lengthy mother-daughter bonding scene on a beach where Shakthi's young mother (played very interestingly by Sonia Aggarwal) tries to explain to Shakthi why further education is no more possible for the girl and why she must take up acting to save the family from penury.

The sequence ends with the determined girl sneering, "Forget it, this mother-drama never suited us anyway."

I looked for more such warm illuminating moments in the series, but found it to be mostly concerned in getting the period ambience and the protagonist's surroundings right without exploring her relationships in too much detail. This is not a bad thing, considering the idea behind the series seems to be to humanise the demi-goddess politician without showing her in a negative light.

Yes, 'Shakthi' is human after all. But not in the way we are.

The contribution of MG Ramachandran in shaping the destiny and personality of Jayalalithaa is given substantial space. MGR (played by Indrajit Sukhumaran) here becomes GMR (!!!). This vital chunk of the protagonist's life is among the weakest in the plot. As 'GMR' turns into an over-possessive mentor and lover, the series almost ends up demonising his character.

Some sections such as the one where Shakthi's brother is shown a drug addict, are mawkish and melodramatic. Early in her career as a leading lady Shakthi's romance with the director of her Telugu film is conveyed with a gentle hand. But the relationship is affected by the lack of chemistry between the young Shakthi (played by Anjana Jaiprakash) and the director. Their long embrace accompanied by schmaltzy music plays out like a scene from one of Jayalalithaa's films.

Incidentally, the first time when they get close during the outdoor shooting, Shakthi is seen reading John Le Carre (pronounced 'John Le Car' by the Telugu director). Throughout she is shown reading English-language novels to convey her intellectual superiority to the world she inhabits. In fact, knowingly or not, Shakthi often comes across as a snob harbouring a bloated sense of self that's humorously shown to be punctured by director C V Sridhar (played nicely by Gautham Menon co-director of the series).

Elsewhere, when MGR, now CM of Tamil Nadu, pays Shakthi a visit she keeps him waiting as she takes her time getting ready. Her languorous walk from her bedroom to the living room is proof of Madame's growing arrogance. Or it is an indication of the leisurely space afforded to the director on the digital platform? We will never know.