Miss Asia Bikini winner Gehana Vasisth is known for featuring in the Alt Balaji web series 'Gandii Baat'. Apart from this, she has also featured in a few Hindi and Telugu films and commercials.

Zee News has got details of exclusive purported WhatsApp chats between Umesh Kamat and Yash Thakur dating back to February 7, 2021, when model Gehana Vasishth aka Vandana Tiwari was arrested. Their conversation reveals that both tried hard to arrange for lawyers so that the controversial model gets out on bail.

Yash in one of his chats expressed concern over the fact that if Gehana remains in police custody for long, she might reveal their names to cops. Check out the screenshots of their explosive chats.

In the chats between Yash and Umesh Kamat, one Tanveer too has been named. 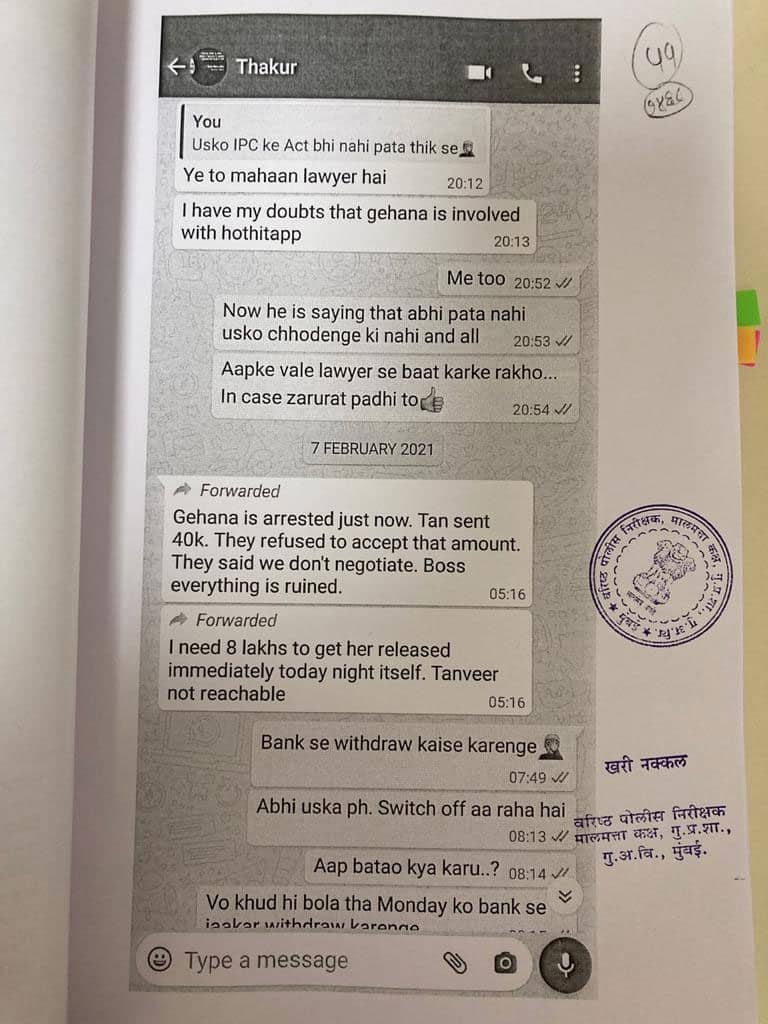 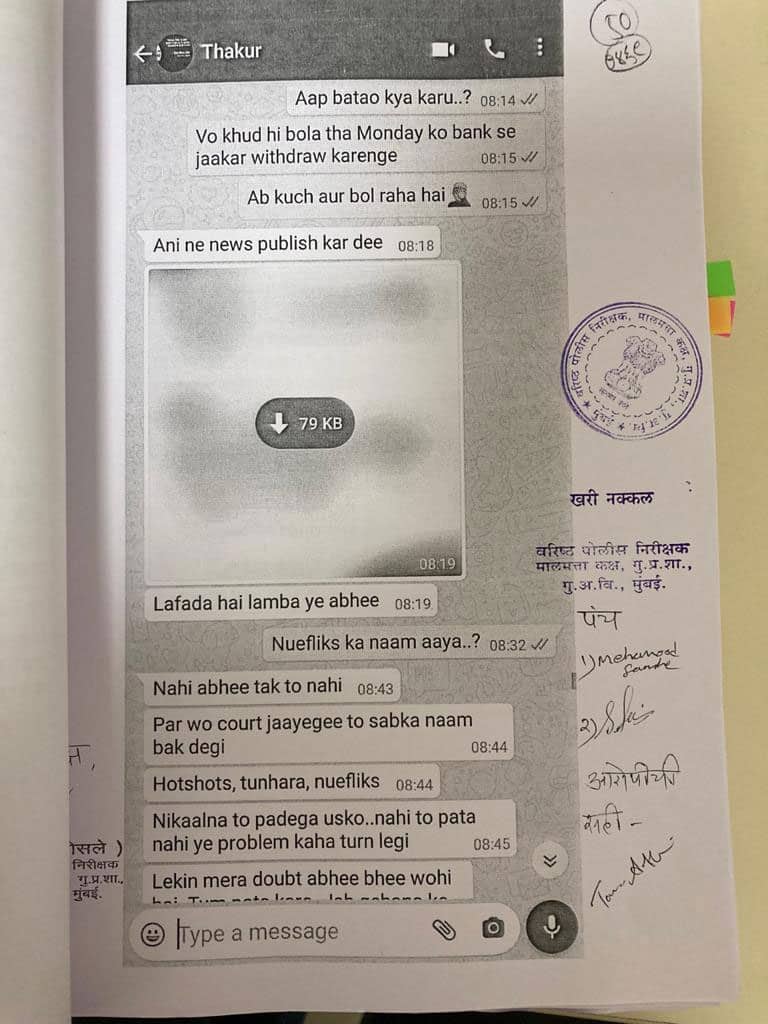 Their chats reveal that Gehana Vasisth was linked with the infamous HotHit app which has been at the centre of all the controversies related to Raj Kundra's arrest case. Also, a pornogrpahic digital platform named Neufliks has been named with which Yash Thakur is linked. 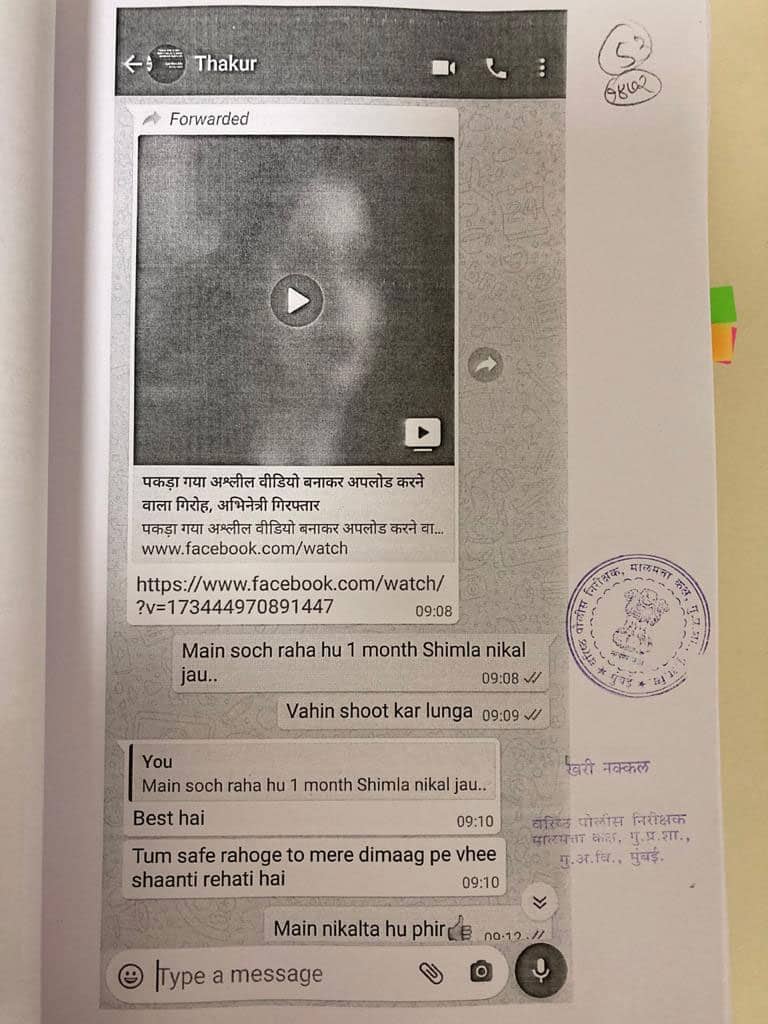 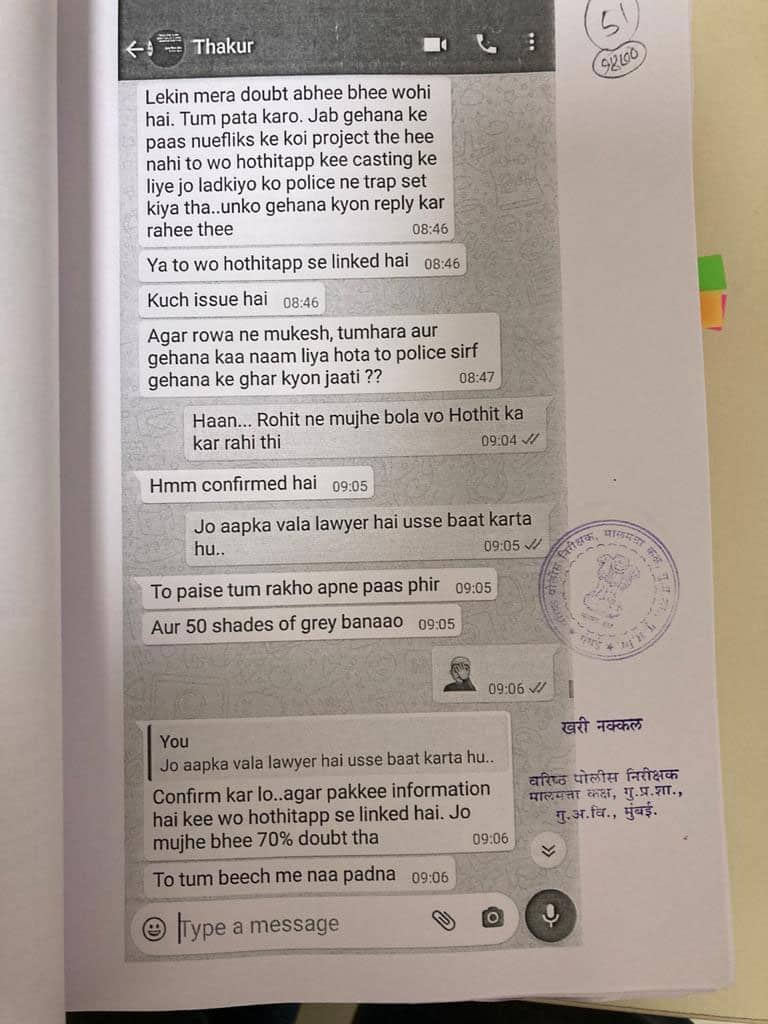 Earlier in February this year, Gehana was arrested after she reportedly shot 87 pornographic videos, which she uploaded on her website. Following her arrest, Gehana's publicist Flynn Remedios issued a statement claiming that the videos produced and directed by Gehana's company GV Studios "at most can be classified or categorized as Erotica". 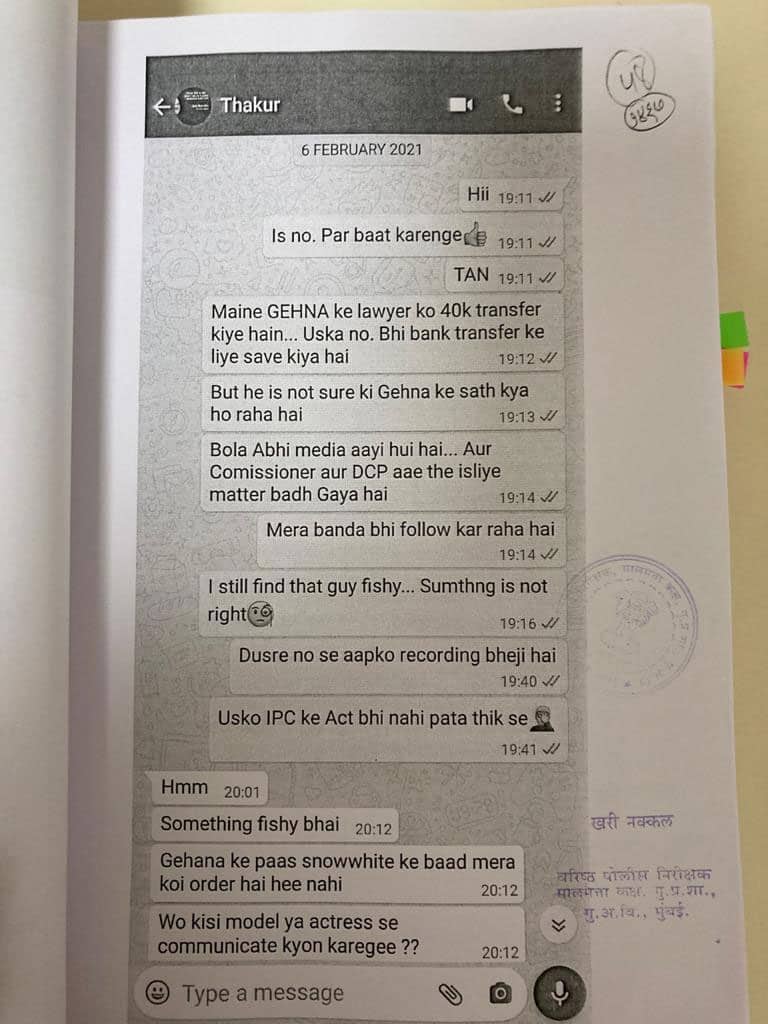 Miss Asia Bikini winner Gehana is known for featuring in the Alt Balaji web series 'Gandii Baat'. Apart from this, she has also featured in a few Hindi and Telugu films and commercials.