Ranbir Kapoor's unbelievable transformation in the teaser made it difficult for people to differentiate between the reel and the real Sanjay Dutt. 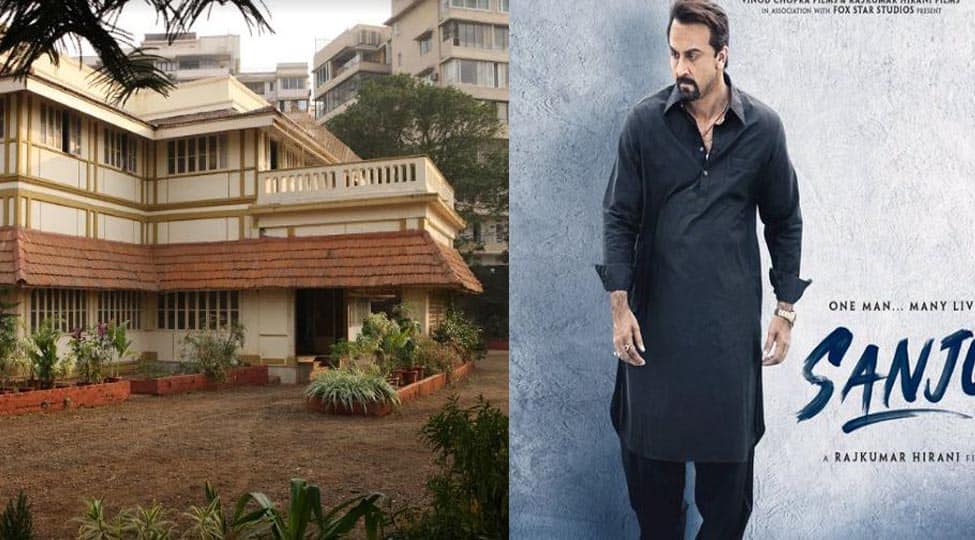 New Delhi: Filmmaker Rajkumar Hirani who is known for his brand of cinema is leaving no stone unturned in surprising the fans with multiple look posters from the much-awaited biopic of the year 'Sanju' starring Ranbir Kapoor. But now we hear that Rajkumar Hirani has modified Sunil Dutt's original house for Sanjay Dutt's biopic.

As per sources, Rajkumar Hirani is revamping Sanjay's old house where he once lived with his parents. While the house is no longer there, but Priya Dutt has helped him to work on the house for the shooting of the film. He approached Priya, who further helped him with photographs and videos of their ancestral home.

“Rajkumar  Sir wanted to portray Sanjay’s life right from childhood as is and hence we all got into recreating the entire set up for the house where Sanjay originally resided with his parents Sunil and Nargis Dutt. The set creation took about 25 days and once it was ready, the cast and crew including the visitors on the sets were shocked and amazed to see the exact replication of the original house, " a source revealed.

Ranbir Kapoor's unbelievable transformation in the teaser made it difficult for people to differentiate between the reel and the real Sanjay Dutt.

'Sanju' is the brainchild of Rajkumar Hirani and has an ensemble star cast with the likes of Ranbir playing the titular role of Dutt. It stars Sonam Kapoor, Dia Mirza, Paresh Rawal, Manisha Koirala, Anushka Sharma, Karishma Tanna, Jim Sarbh to name a few.

This is the most-awaited film of 2018 as Ranbir has put in a lot of hard work to completely transform himself into looking like the real-life Dutt. The teaser has received a positive response and now all eyes set for the big release.