Rajkummar Rao, Patralekhaa who tied the knot in a hush-hush intimate wedding ceremony in Chandigarh, were captured as they arrived back in Mumbai on Wednesday. 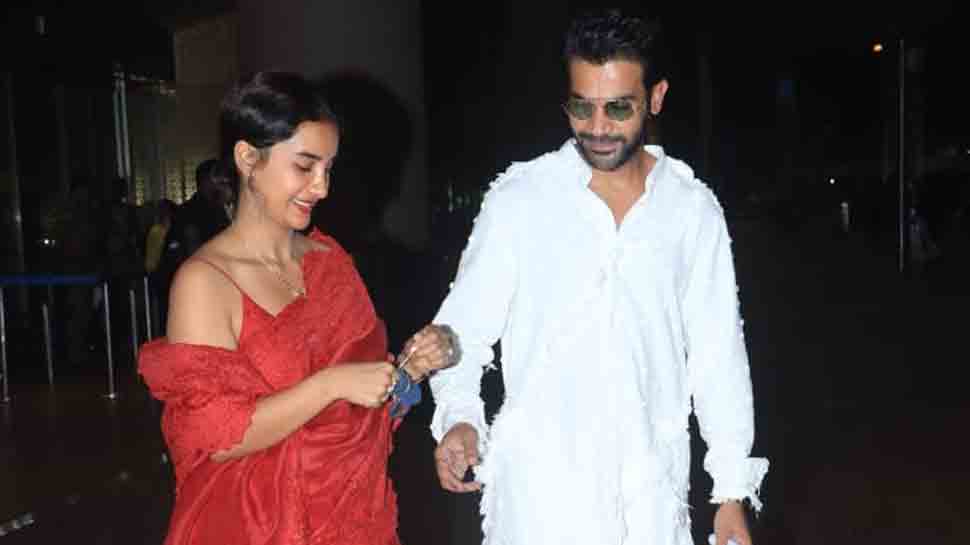 MUMBAI: Rajkummar and Patralekhaa, who have been dating for over a decade, got married on November 15 in a traditional ceremony as per Hindu wedding rituals in Chandigarh, with only their family members and close pals in attendance. The wedding was preceded by an engagement bash. The newlyweds arrived back in Mumbai on Wednesday and were snapped by the paparazzi at the airport.

The bridegroom was dressed in traditional attire and looked extremely happy as they arrived walking hand-in-hand at the airport. The duo couldn't take their eyes off each other as they happily posed for the shutterbugs. Take a look at their pictures below: 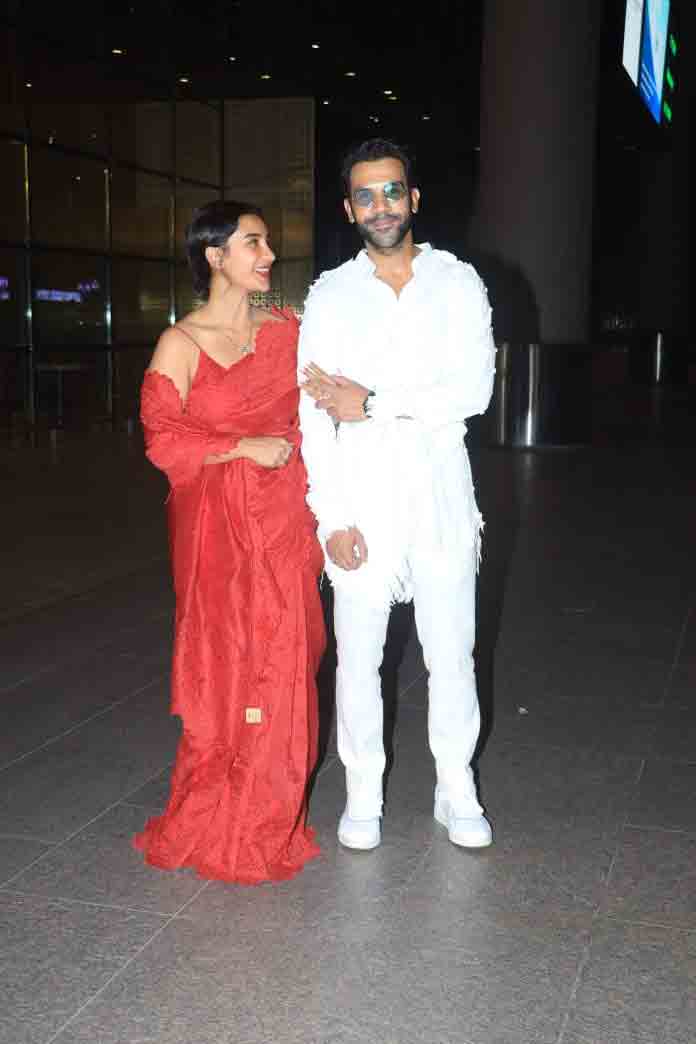 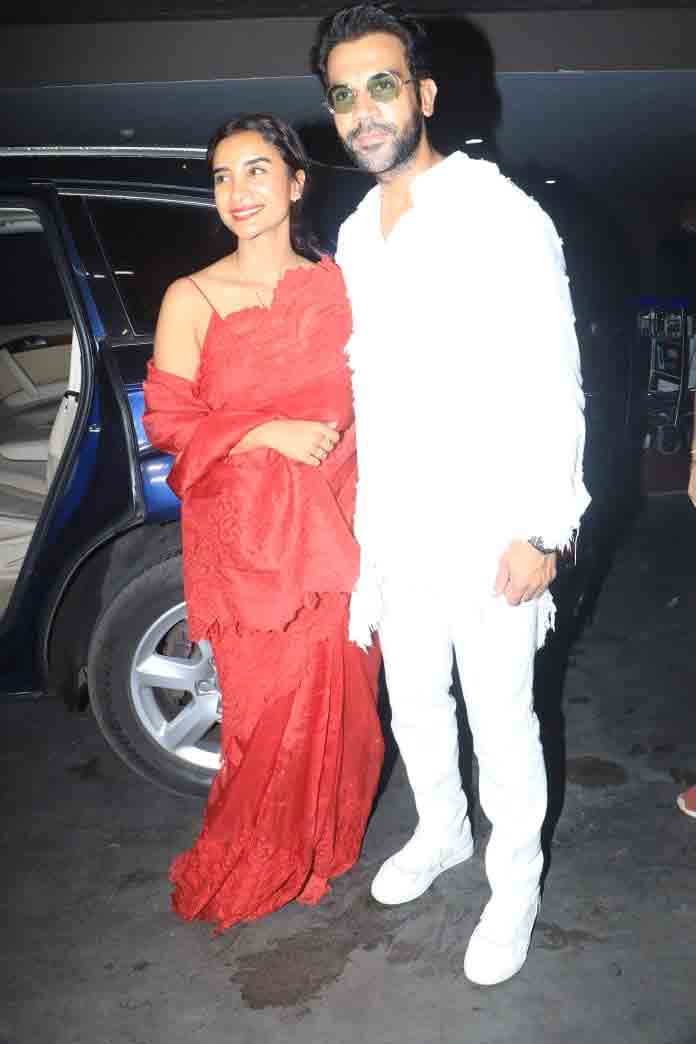 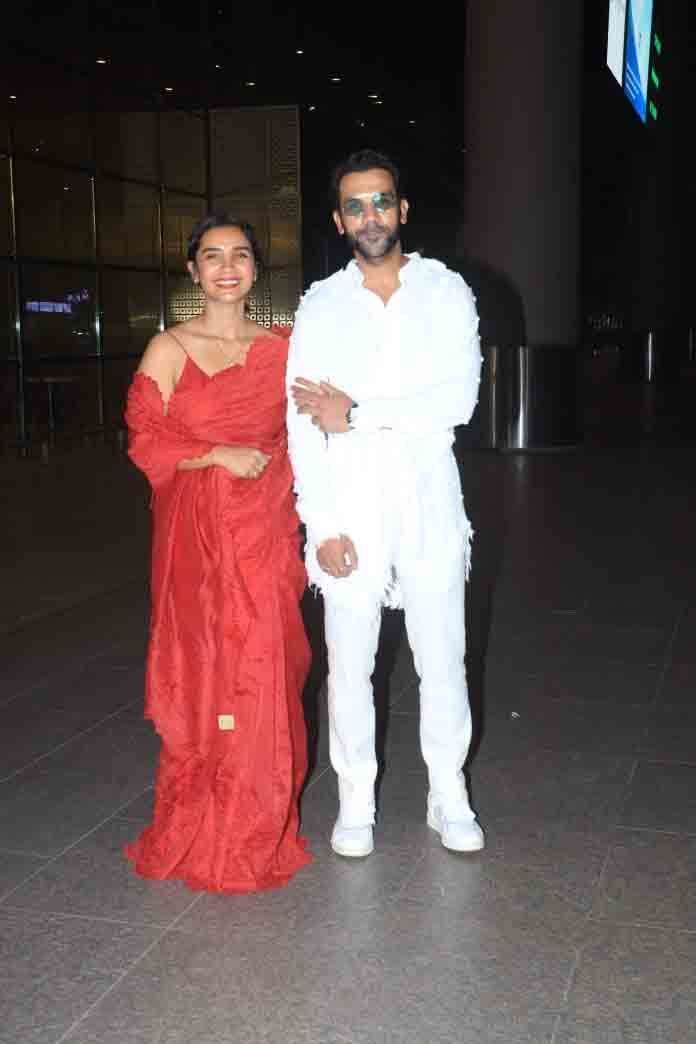 Rajkummar and Patrlaekhaa have been together for many years and starred in filmmaker Hansal Mehta's 'CityLights' which was released in 2014. The two have also worked together for the web show, 'Bose: Dead/Alive'. Meanwhile, Patralekhaa has also starred in films such as 'Love Games', 'Badnaam Gali' and 'Nanu Ki Jaanu', to name a few.

In one of her earlier interviews to the Humans of Bombay, Patralekhaa revealed how she first saw Rajkummar in 'Love Sex Aur Dhokha'  (LSD). She said, "I thought that the weird guy he played in the film was actually what he was like. My perception of him was already tarnished. He told me later, that he had first seen me in an ad and thought, 'I'm going to marry her'. It was so ironic."

"He’d often go out of his way for me. Once, he was running late to see me, so he stopped the cab near the airport and ran all the way to Juhu! Not only that, but when we were earning very little, he surprised me with my favorite bag, which was ridiculously expensive," recounted Patralekhaa.