Rajkummar Rao to skip honeymoon with bride Patralekhaa, to travel to Lucknow

Rajkummar Rao tied the knot with long time love Patralekhaa on November 15. However, the newlyweds will not have a exotic honeymoon for now. 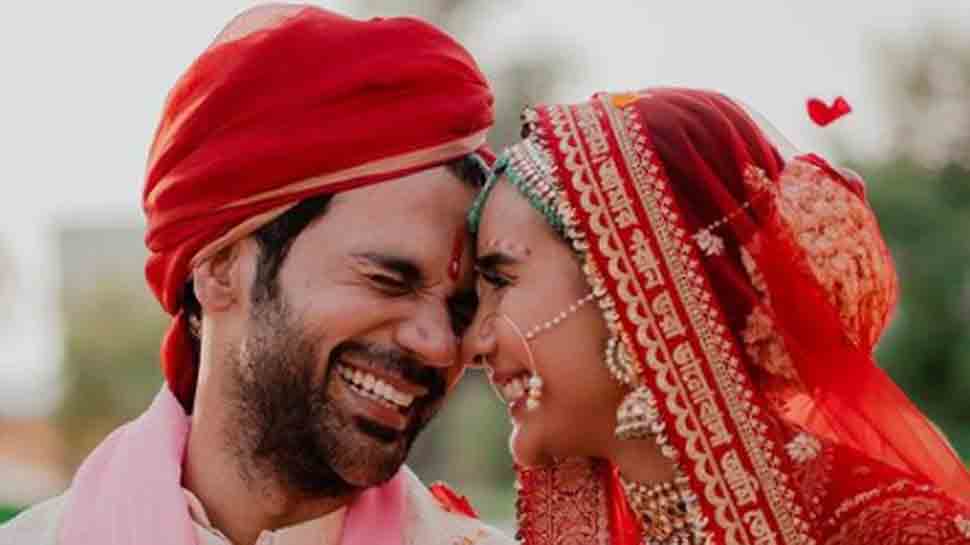 New Delhi: Bollywood actor Rajkummar Rao, who tied the knot with longtime girlfriend Patralekhaa on November 15 in Chandigarh in an intimate wedding ceremony, is likely to skip his honeymoon for now. Dreamy pictures from the wedding were all over social media and their close friends from the industry extended their wishes and poured love on the newlyweds.

Meanwhile, according to a Mid-Day report, Rajkummar will be heading straight to shoot Anubhav Sinha's 'Bheed' in Lucknow before his honeymoon. The report adds that the actor will be kicking off the shooting for Anubhav Sinha's ambitious project shortly, which will put his honeymoon on hold for some time.

As per the website, filmmaker Anubhav Sinha had a discussion with Rajkummar Rao about the shooting schedule before his wedding and the latter had agreed to it. And to honour the commitment, Rajkummar will soon be arriving in the city to kickstart shooting for the film. Reportedly, the schedule of the film will be a start-to-finish one in Lucknow.

Speaking about the project, 'Bheed' stars Rajkummar Rao and Bhumi Pednekar in lead roles. The socio-political drama will be jointly produced by Bhushan Kumar's T-Series and Sinha's Benaras Mediaworks.

Rajkummar and Bhumi will also be seen together in 'Badhaai Do'.