Rakhi has confirmed tying the knot with a UK-based businessman. 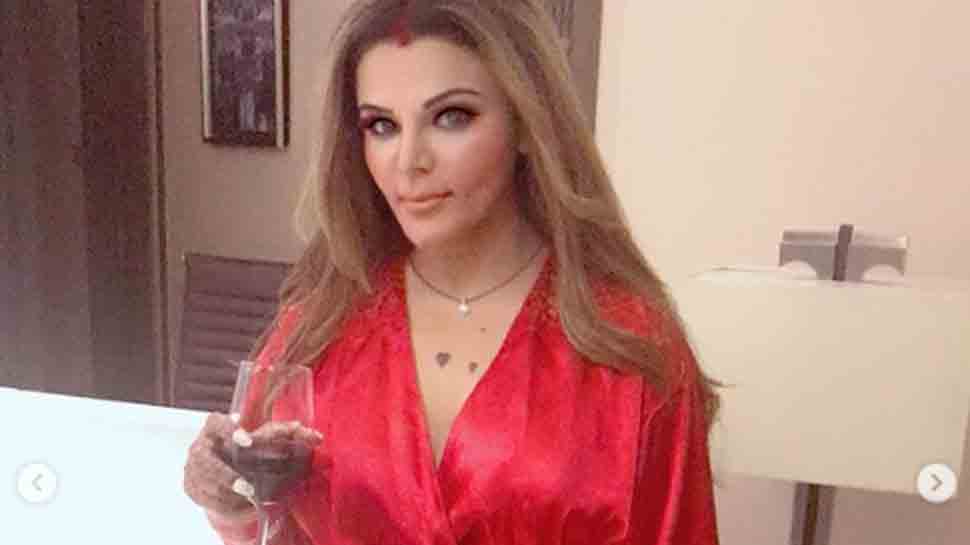 New Delhi: Reality show star Rakhi Sawant, who teased people for days with pictures of her bridal bangles and vermillion on her forehead, saying they were from her bridal shoot, has finally confirmed that she got married in a private ceremony and that her husband is an NRI.

Speaking to SpotboyE.com, Rakhi said that she didn't confirm her wedding initially as she had got scared. "I was scared but yes, I got married. I am confirming the news with you," she told the website.

Talking about her husband, she said, "His name is Ritesh and he is in the UK. In fact, he has already left. My visa is underway and I will join him. Of course, I shall continue to work whatever I get in India, so will shuttle for that. I always wanted to produce TV shows and I think my long-standing dream will now be fulfilled. I thank Jesus for giving me such a wonderful husband."

"He was my fan ever since he first saw my first interview with Prabhu Chawla. He WhatsApped me. Messaging and then talking to him, we became friends with the passage of time. This happened about a year-and-half back," she added. She went on to say, "After knowing him, I prayed very hard to Jesus that I must become his wife. Woh khawish toh poori ho gayi (That dream is now fulfilled). God has been kind to me so far."

In her honeymoon pictures, Rakhi is seen in a red robe with vermillion and Mehendi, symbols of a married woman according to Hindu traditions. In one of the pictures, she is seen posing next to a dinner table in what looks like a restaurant. In another, she is seen inside a hotel room holding a wine glass.

In 2009, Rakhi got previously engaged to Toronto-based businessman Elesh Parujanwala. However, she called off the engagement after a few months, admitting that she got engaged to him for money.