Reportedly, it's the fifth-largest black diamond worth a whopping Rs 2 crore. 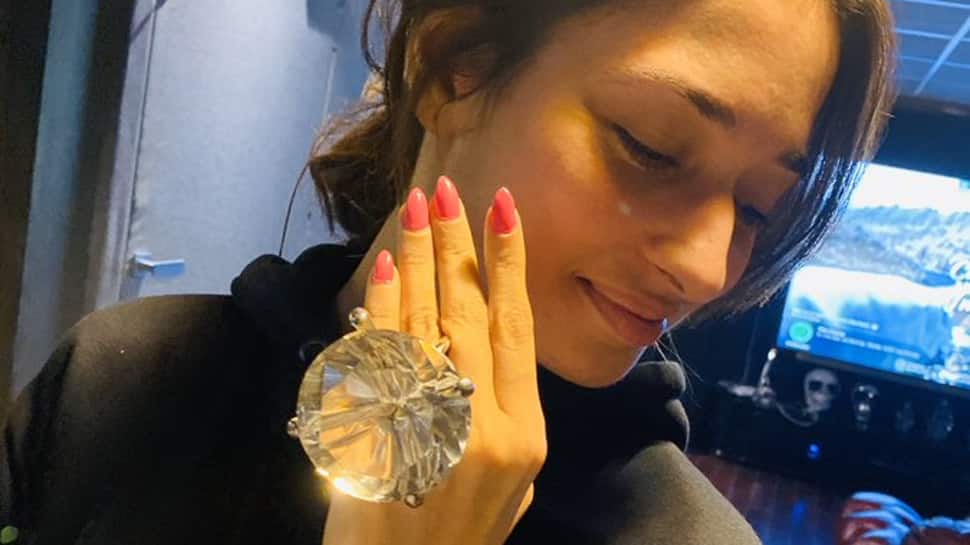 New Delhi: The ambitious period drama 'Sye Raa Narasimha Reddy' starring megastar Chiranjeevi as the warrior king has done incredible business at the Box Office has been well received by the viewers.

And while celebrating the success of the film, actor-producer Ram Charan's wife Upasana Konidela decided to gift the lead actress of the movie Tamannaah Bhatia a huge rock.

The size of the diamond will leave your jaws on the floor and can actually hurt your eyes (get that feeling, right?). Reportedly, it's the fifth-largest black diamond worth a whopping Rs 2 crore.

Upasana shared Tamannaah's picture on Twitter where she can be seen wearing the gifted huge rock. Her caption reads: “A gift for the super @tamannaahspeaks from Mrs Producer Missing u already. Catch up soon. #SyeraaNarashimaReddy”

A gift for the super @tamannaahspeaks
from Mrs Producer
Missing u already. Catch up soon. #SyeraaNarashimaReddy pic.twitter.com/rmVmdwWNAd

Tamannaah expressed her happiness on receiving the exquisite present and looking at the size of the rock, even called it a 'bottle opener'. She tweeted:

This bottle opener shall have many memories attached to it . Felt awesome to catch up after so long , waiting to see you soon , miss u more https://t.co/GRuTPeD739

The film is set in the pre-independence era period. Originally made in Telugu, 'Sye Raa Narasimha Reddy' has been dubbed in Hindi, Kannada, Malayalam and Tamil languages respectively. It has been directed by Surender Reddy and produced by Ram Charan under the Konidela Production Company banner.

Mommy Amrita Singh applies 'kala tika' to Sara Ali Khan, Ibrahim to ward off evil and it's too cute—Watch