Ram Gopal Varma's new controversial video: The viral video stormed the internet with netizens irked by this vulgar-looking video. Many commented on the video post.

New Delhi: Filmmaker Ram Gopal Varma has shocked one and sundry with his obscene-looking video with actress Ashu Reddy. RGV labelled the interview as 'dangerous', where the actress can be seen sitting on a chair wearing a neon green short dress while the filmmaker talks to her sitting on the floor, near her feet.

And the next shocking thing he did was 'licking her toes'.

Ram Gopal Varma's video stormed the internet with netizens irked by this vulgar-looking video. Many commented on the video post which was later on shared by popular celeb Viral Bhayani. In the original post, RGV has blocked the comment section.

Check out how netizens reacted to the bizarre viral video: 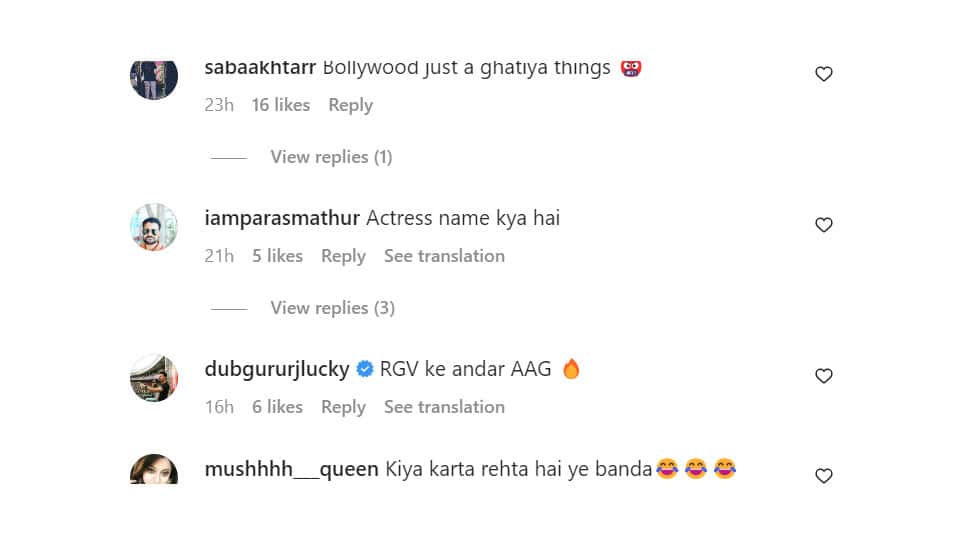 In the video, RGV can be heard saying that he is sitting on the floor to remind everyone how women should be treated. He not only kissed the feet of Ashu Reddy but he also licked her toes with her permission.

This is not the first time that RGV has been embroiled in a controversy. Last year, his intimate dance video with Inaya Sulthana grabbed eyeballs. He shared the close dance video of him dancing with Inaya on Rangeela song. But later he said that it was not him in the video.