New Delhi: Bollywood actors Ranveer Singh and Deepika Padukone have returned to India after finishing the shoot of their upcoming film 83'. The couple were all smiles as they exited the airport hand-in-hand.

Ranveer was seen in an over-sized olive trench coat while Deepika donned an all-black ensemble with a hair tied. Both donned black shades and were happy to find the paparazzi at the door.

Check out their picture: 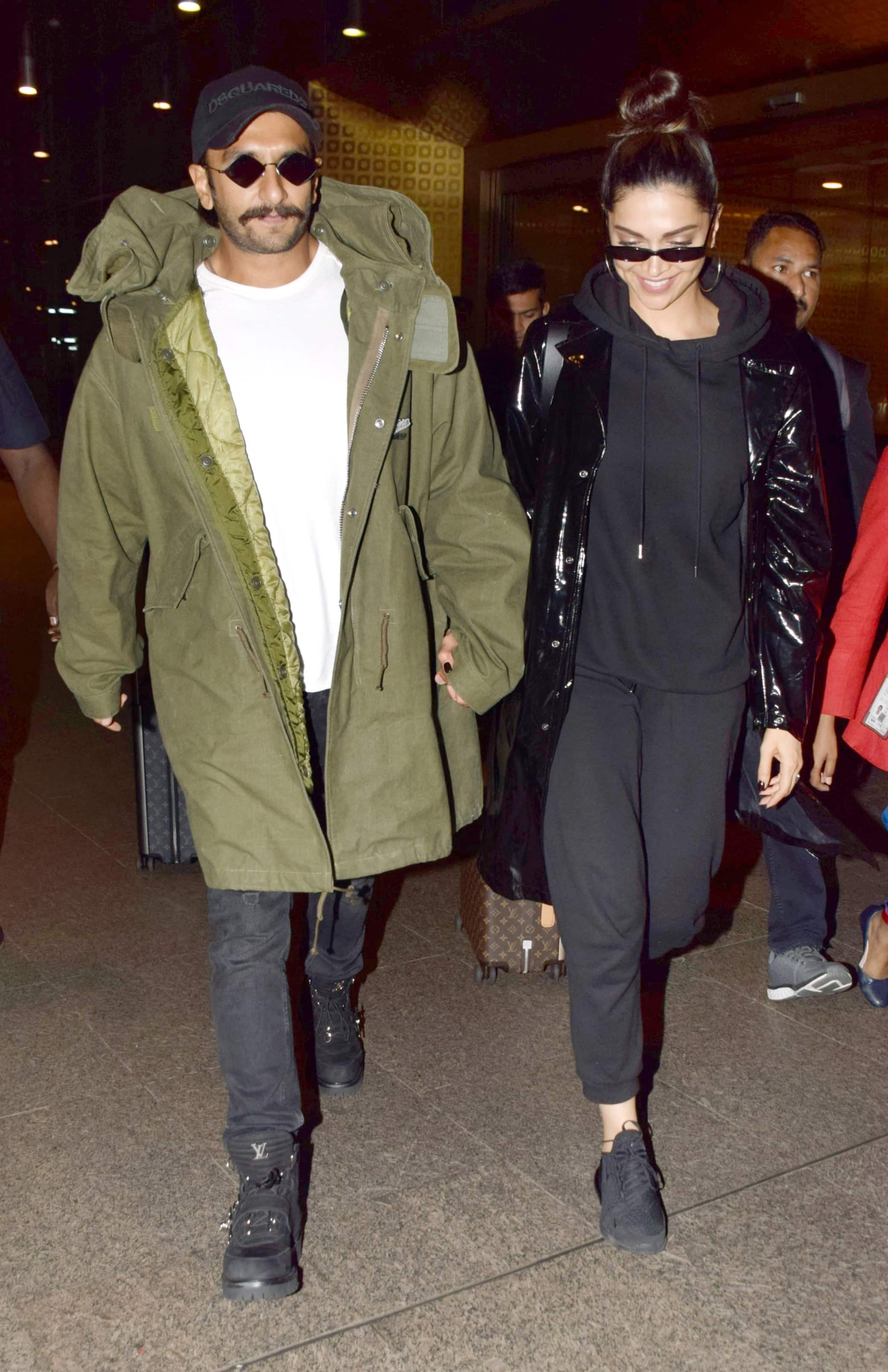 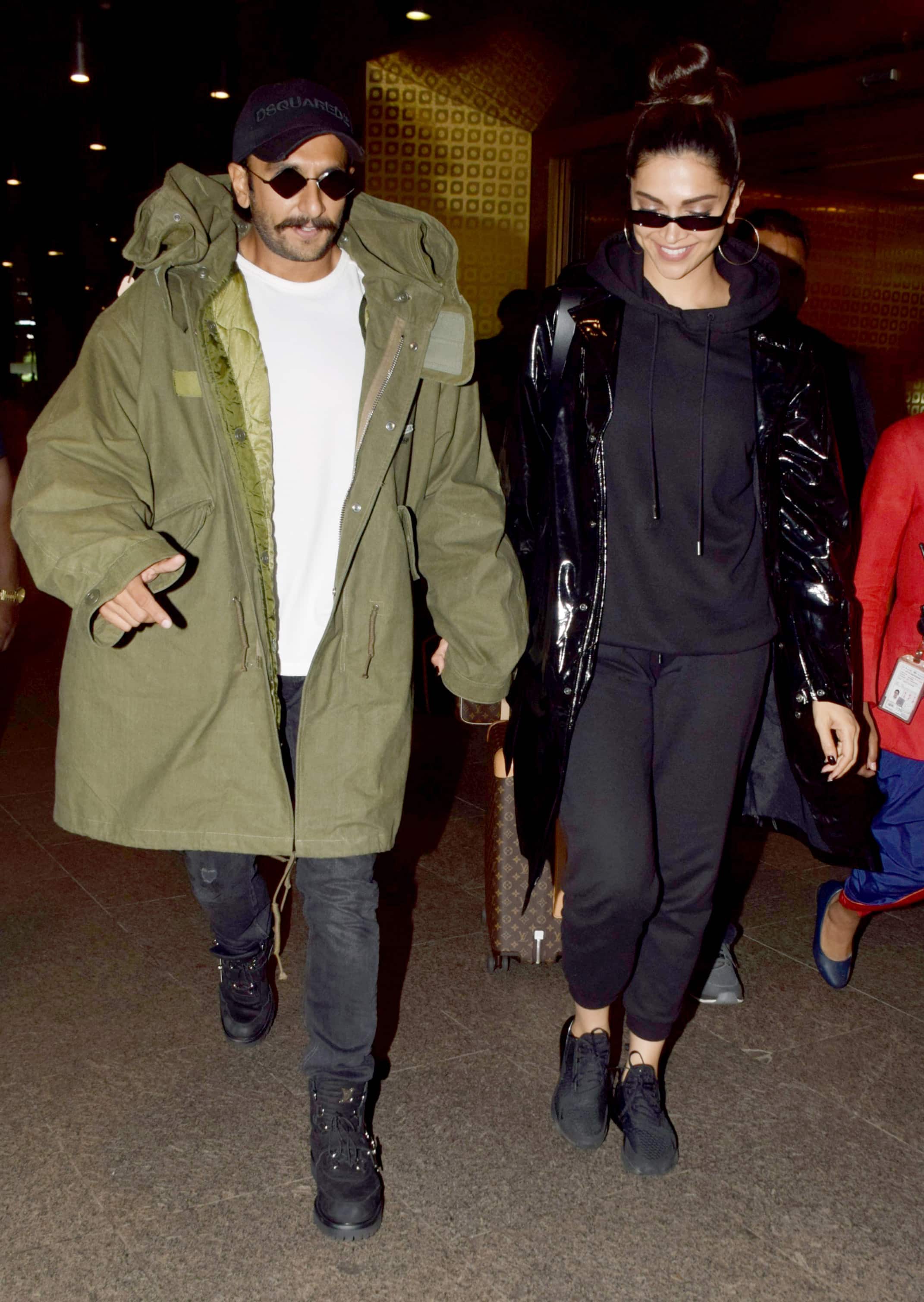 Ranveer recently took to Twitter to announce the schedule wrap of his film 83'. He wrote, “& that’s a schedule wrap, folks! CHEERS @83thefilm.

Ranveer, who will step into the shoes of cricketer Kapil Dev in the biopic, had also shared a shirtless picture of himself. In which he was braving the sweltering English summer.

His wife Deepika is also a part of Kapil Dev's biopic titled 83. The actress will slip into the character of Romi Dev, Kapil's wife.

Apart from 83, Deepika will be seen in Chhapaak, which is a biopic on acid attack survivor Laxmi Aggarwal. The film has been helmed by Meghna Gulzar and it also stars Vikrant Massey as the male lead. Chhapaak is slated to release on January 10, 2020.