Bollywood's 'king of quirks' Ranveer Singh who turned into a commentator during the much-awaited India-Pakistan match, posted an endearing message for India Captain Virat Kohli. 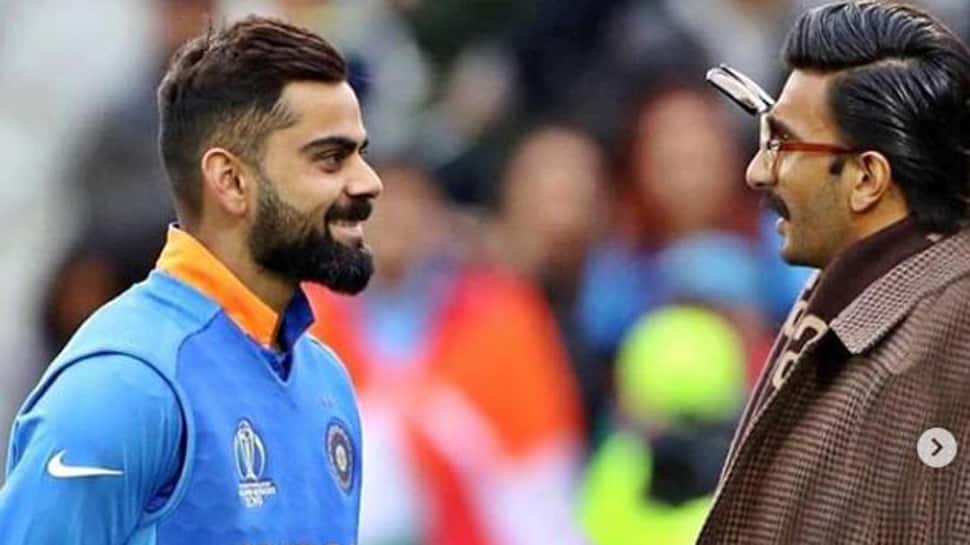 Sharing a few snaps of himself and Virat, Ranveer wrote, "Ive been a die-hard fan of Indian cricket since childhood. Invested so much emotion into our beloved team. Willing and wanting them to be the undisputed best in the world. And then, there was VIRAT KOHLI. Ive witnessed a brash boy evolve into the very embodiment of class. Displaying a rare brand of ferocity and passionate expression, he changed the face of Indian cricket forever. He’s well on his way to being hailed as the greatest of all time. Leading our country like a true alpha warrior. Yeh naya India hai, aur yeh banda naye India ka Hero hai. We are proud of you, Kaptaan. @virat.kohl.

The fans were elated to see Ranveer and Virat's camaraderie on the field. For the unversed, Ranveer was rumored to be dating Anushka Sharma and he also made his debut in Band Baaja Baraat opposite her. The actor is now happily married to Deepika Padukone while Anushka is married to Virat. The two exes continue to remain friends despite their rumored past.

On the work front, Ranveer along with the entire crew of his upcoming film 83' is shooting for the film in the United Kingdom. He will essay the role of former cricketer Kapil Dev in the biopic. An elated Ranveer took to social media a few days ago to announce Deepika Padukone's entry into the set of 83. The actress will play the role of Romi Dev, Kapil Dev's wife, in the film.