Power couple Ranveer Singh and Deepika Padukone are well-known for their social media PDAs, dropping adorable yet hilarious comments on each other's posts. In the latest, the 'Simmba' actor has left a hilarious comment on his wife's post and their fans were left in splits after reading his response! 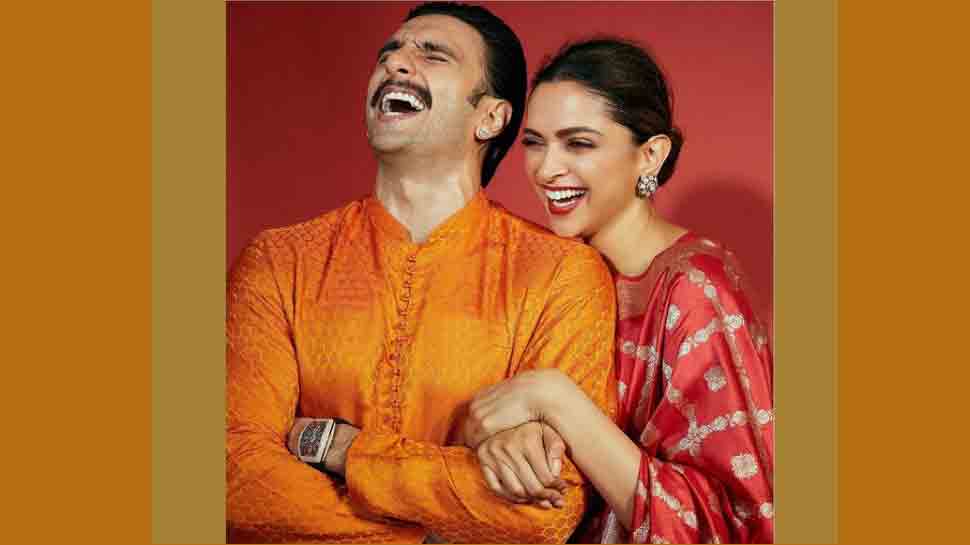 NEW DELHI: Bollywood lovebirds Ranveer Singh and Deepika Padukone are one of the most loved couples among fans. They’re also well-known for showing PDA and leaving mushy comments on each other’s social media.

Jokester Ranveer recently left a hilarious comment on Deepika’s new video captioned 'send this to a chocolate lover' and fans were in splits after reading his response! While the video was all about Deepika munching on some delectable chocolates, the Bollywood's 'Sultan Alauddin Khilji' stole all the limelight with his cheeky comment on his wife's wall.

The video shows Deepika in a relaxed-look, donning a grey sweatshirt with her hair tied back. With a chocolate bar in her hand, she is seen enjoying the sugary snack to the fullest. Floored by his wife’s cuteness, Ranveer couldn’t help himself but write a quirky comment on the video saying, "Aaja tujhe godh mein bithake Nutella khilaun."

Fans loved his cheeky response as the comment has over 20,000 likes and replies with netizens gushing over the adorable couple.

The cute couple first began dating in 2012 and after 6 years of being in a relationship, they tied the knot on 14 November 2018 at a ceremony in Lake Como, Italy.

On the work front, Padukone and Singh will appear on-screen in the upcoming sports-drama ‘83’ based on India's incredible World Cup victory in 1983.

Ranveer Singh will be playing the legendary cricketer Kapil Dev and Deepika will take on the role of Dev's wife Romi. She has a couple of other projects lined up as well such as the remake of the American comedy film 'The Intern', a retelling of the Mahabharata from  Draupadi’s perspective and YRF's next film 'Pathan' alongside Shah Rukh Khan.